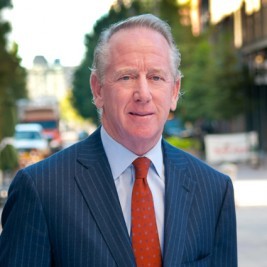 Businesses, Non-profit organizations, event planners and companies across the country have worked closely with our booking agents to hire Archie Manning for a speaking engagements, guest appearances, product endorsements and corporate events. Many of those same clients have continued to turn to our speakers bureau as we can easily align Archie Manning’s availability with their upcoming seminar, gala, annual conference, corporate function, and grand opening. Our close relationship with Archie Manning’s booking agent and management team further enables us to provide inquiring clients with Archie Manning’s speaking fee and appearance cost.

If your goal is to hire Archie Manning to be your next keynote speaker or to be the next brand ambassador our celebrity speakers bureau can assist. If Archie Manning’s booking fee is outside your companies budget or your unable to align with his appearance availability, our booking agents can provide you a list of talent that aligns with your event theme, budget and event date.

When people think of Archie Manning, they think football. But Archie's appeal transcends his athletic achievements. People far and wide have been inspired by his warm personality, his drive and sense of humor. He was recently selected as one of 10 outstanding New Orleanians by Family Service of Greater New Orleans and named Hornblower of the Year by the Public Relations Society of America. He currently serves in public relations and consulting capacities for several local, regional and national companies. He hosts four Archie Manning Cystic Fibrosis benefit golf tournaments in Louisiana and Mississippi and is active in a wide variety of charitable and civic causes.

Archie Manning was born May 19, 1949, in Drew, Mississippi. He attended the University of Mississippi where he was named an All-American Quarterback and is the only Ole Miss player to have his number retired. He was voted Mississippi's Greatest All-Time Athlete in 1992, and recently named Mississippi's Most Popular Athlete of the Century. He was elected to the 50-Year All-South Team (1940-1990), named one of the Top 25 Athletes of the Century in Louisiana and he and his son Peyton were named among the 100 All-Time Greatest College Football Players. Archie was inducted into the National Football Foundation College Hall of Fame and is a member of other Halls of Fame including Louisiana and Mississippi.

In 1971, Manning was the second player chosen in the NFL draft -- the number one draft choice of the New Orleans Saints. He set Saints passing records, played in two Pro Bowls and was named the NFL Most Valuable Player in 1978. He was the first player in Saints history to be inducted into the Louisiana Superdome Wall of Fame. He concluded his 15-year career in 1985. He was also drafted four times by major league baseball.

While in pro football, he received the Byron "Whizzer" White Humanitarian Award, the Bart Starr Humanitarian Award, the Spirit of Good Sports Award from the National Sportscasters and Sportswriters Association and the U.S. Jaycees named him one of 10 Outstanding Young Americans. In 2005 Manning received the Legends award from the Davey O'Brien Foundation and the Aspire award, a tribute to life's coaches, from the Cal Ripken Foundation.

Manning and his wife Olivia reside in New Orleans and have three sons, Cooper, Peyton and Eli.

Cooper is an institutional broker in New Orleans, and father of Archie and Olivia's granddaughter, May and grandson, Arch. Peyton is a former All-American at Tennessee. As quarterback for the Indianapolis Colts he was named MVP in the National Football League in 2003 & 2004. Also in 2004 he broke Dan Marino's record by throwing for 49 touchdowns. Eli set 47 school records as quarterback of the Ole Miss Football team and in 2003 received the Maxwell Trophy as the Outstanding Player in College Football. Eli is the quarterback of the New York Giants and was the #1 selection in the 2004 NFL Draft.

After college, he was selected in the 1971 NFL draft by the New Orleans Saints with the second overall selection.

Manning played for the Saints for ten full seasons. In 1972, he led the league in pass attempts and completions, and led the NFC in passing yards, though the team's record was only 2-11-1. In 1978, he was named the NFC Player of the Year by UPI, despite the team's 7-9 record.

That same year Archie was also named All-NFC by both the UPI and The Sporting News.