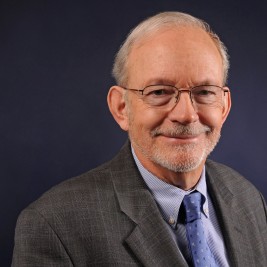 Businesses, Non-profit organizations, event planners and companies across the country have worked closely with our booking agents to hire Anthony Lake for a speaking engagements, guest appearances, product endorsements and corporate events. Many of those same clients have continued to turn to our speakers bureau as we can easily align Anthony Lake’s availability with their upcoming seminar, gala, annual conference, corporate function, and grand opening. Our close relationship with Anthony Lake’s booking agent and management team further enables us to provide inquiring clients with Anthony Lake’s speaking fee and appearance cost.

If your goal is to hire Anthony Lake to be your next keynote speaker or to be the next brand ambassador our celebrity speakers bureau can assist. If Anthony Lake’s booking fee is outside your companies budget or your unable to align with his appearance availability, our booking agents can provide you a list of talent that aligns with your event theme, budget and event date.

Walsh School of Foreign Service at Georgetown University. He served during 1993-1997 as Assistant to the President for National Security Affairs. President Clinton said of Anthony Lake's service as National Security Advisor, In moments of crisis, in times of triumph, he has always been at my side. As point man of America's foreign policy team, Dr. Lake strategized and implemented some of the most pressing foreign policy issues our country has faced since the end of the Cold War. Dr. Lake guided the United States through such geopolitical hot spots as Bosnia, North Korea, Haiti, Iraq, Somalia and China while extending the reach of democracy throughout the globe.

From 1981-1992, Mr. Lake was Five College Professor of International Relations at Amherst, Mount Holyoke, Smith, Hampshire colleges and University of Massachusetts. He also served as a Senior Foreign Policy Advisor to the Clinton/Gore campaign in 1991-1992.

In 1961, Mr. Lake received an A.B. degree from Harvard College. He read international economics at Trinity College, Cambridge and went on to receive his Ph.D. from the Woodrow Wilson School of Public and International Affairs at Princeton University in 1974.

After work with the Muskie Campaign, the Carnegie Endowment and International Voluntary Services, Mr. Lake returned to the State Department in 1977 to serve as Director of Policy Planning for President Carter, a position he held until 1981.

Mr. Lake is the author of a number of books, including 6 Nightmares (2000), Somoza Falling (1989), Our Own Worst Enemy: The Unmaking of American Foreign Policy (co-authored) (1984) and The Tar Baby Option: American Policy Toward Southern Rhodesia (1976). In addition, he edited After the Wars (1990) and was the contributing editor of Legacy of Vietnam: The War, American Society, and the Future of U.S. Foreign Policy (1976).

In his speeches, Anthony Lake outlines the key foreign policy challenges America will face in the coming years. Drawing on his decades of experience, he points out that while political leaders may change with elections, America's interests do not. He talks about the way these challenges are met or ignored affect the lives of each and every American and our prospects for the century ahead. A veteran of policy wars, he maps out how old threats like aggression by rogue states have taken on new and dangerous dimensions and a host of modern threats from terrorism to drug trafficking to man-made environmental disasters, ignores national borders and undermines our security. He points the way to a new world of possibility but also peril identifying why America's global leadership is more important than ever.