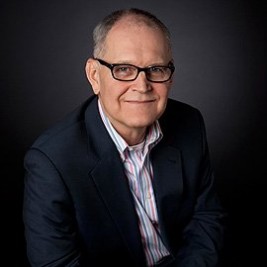 Businesses, Non-profit organizations, event planners and companies across the country have worked closely with our booking agents to hire Wendell Potter for a speaking engagements, guest appearances, product endorsements and corporate events. Many of those same clients have continued to turn to our speakers bureau as we can easily align Wendell Potter’s availability with their upcoming seminar, gala, annual conference, corporate function, and grand opening. Our close relationship with Wendell Potter’s booking agent and management team further enables us to provide inquiring clients with Wendell Potter’s speaking fee and appearance cost.

If your goal is to hire Wendell Potter to be your next keynote speaker or to be the next brand ambassador our celebrity speakers bureau can assist. If Wendell Potter’s booking fee is outside your companies budget or your unable to align with his appearance availability, our booking agents can provide you a list of talent that aligns with your event theme, budget and event date.

Wendell Potter's journey from health care spokesperson to whistleblower and health care reform advocate was not one he intended. With a long career in the industry, most notably as head of corporate communications and chief corporate spokesperson for CIGNA, Potter could no longer ignore what he saw.

His first step towards becoming a whistleblower came in July 2007, when he witnessed a touring free clinic at a fairgrounds in rural Virginia. What he saw appalled him. Hundreds of desperate people, most without any medical insurance, descended on the clinic from out of the hills. People stood in long lines to have the most basic medical procedures carried out free of charge. Some had driven more than 200 miles from Georgia. Many were treated in the open air or in animal stalls. Potter took pictures of patients lying on trolleys on rain-soaked pavements.

Potter resigned in 2008 and became an active voice on health care reform, as it became clear to him that the insurance industry and its allies were having a distorting effect on the national debate. According to Potter, financial goals were coming ahead of patient care, with every incentive to deny coverage in order to meet Wall Street's expectations. Stepping far out of his comfort zone, Potter made his public debut by testifying before the U.S. Senate in June 2009 about the practices of the insurance industry to undermine serious health care reform.

Since then, Potter has become a one man force, testifying before two House committees and briefing several members of Congress and their staffs. He's spoken to over 100 public forums, and has been the subject of numerous articles in the U.S. and foreign media. He currently serves as the Senior Fellow on Health Care for the Center for Media and Democracy, an independent, non-partisan public interest organization and blogs for PRWatch.org and the Huffington Post. He is also the author of Deadly Spin: An Insurance Company Insider Speaks Out on How Corporate PR is Killing Health Care and Deceiving Americans.

Wendell has been featured on many news and editorial programs, including on PBS (The Bill Moyers Journal and The NewsHour), MSNBC (multiple appearances, including on Keith Olbermann, Rachel Maddow, David Shuster, and The Ed Show), CNN (House Call with Dr. Sanjay Gupta, Anderson Cooper 360, The Situation Room with Wolf Blitzer), HBO (The Bill Maher Show), C-SPAN (Washington Journal) ABC (Good Morning America), CBS (The Evening News and The Morning Show), NBC, FOX, and the BBC, and on radio shows such as National Public Radio (Marketplace and All Things Considered) and the Diane Rehm Show . Wendell's analysis has been quoted in many daily periodicals, including The New York Times, the Washington Post, Politico, The Huffington Post, the Los Angeles Times, the Chicago Tribune, the Philadelphia Inquirer, the Boston Herald, the Wall Street Journal, The Hill, as well as by wire services, such as the Associated Press, Reuters, and Bloomberg, and in journals, such as the Columbia Journalism Review, TIME, Newsweek, Business Week, PRWeek, Rolling Stone, The Nation, The Progressive, Mother Jones, and GQ, among others.