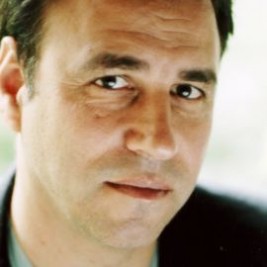 If your goal is to hire Anthony Horowitz to be your next keynote speaker or to be the next brand ambassador our celebrity speakers bureau can assist. If Anthony Horowitz’s booking fee is outside your companies budget or your unable to align with his appearance availability, our booking agents can provide you a list of talent that aligns with your event theme, budget and event date.

Anthony Horowitz is one of the most prolific and successful writers working in the UK – and is unique for working across so many media. Anthony is a born polymath; juggling writing books, TV series, films, plays and journalism.

Anthony has written over 40 books including the bestselling teen spy series Alex Rider, which he adapted into a movie that was released worldwide in 2006. The Alex Rider series is estimated to have sold 19 million copies worldwide. His highly anticipated novel, Oblivion, the epic conclusion to the Power of Five series, was published in October 2012. Anthony is also an acclaimed writer for adults and was commissioned by the Conan Doyle Estate and Orion Books to write two new Sherlock Holmes novels. The House of Silk was published in November 2011 and was internationally lauded as the top title of the autumn. The sequel, Moriarty, was published in October 2014 with similar success. Most recently he was commissioned by the Ian Fleming Estate to write the James Bond novel Trigger Mortis, which was published on 8th September 2015.

Anthony is responsible for creating and writing some of the UK’s most beloved and successful television series, producing the first seven episodes (and the title) of Midsomer Murders. He is the writer and creator of award-winning drama series Foyle’s War, which was the Winner of the Lew Grade Audience award for BAFTA. DCS Foyle was voted the nation’s favourite detective in 2011. Anthony has also written other original complex dramas for ITV, particularly thrillers. Collision, a major five part “state of the nation” piece was transmitted on ITV1 in November 2009 to seven million viewers a night. He followed this with the equally successful legal thriller Injustice, also for ITV 1 - transmitted in June 2011. Foyle’s War returned in March 2013 as a Cold War thriller and was greeted with such critical acclaim and demands for more that he wrote one final series, bringing the show to an end in January 2015. Anthony's latest show New Blood will premiere on BBC iPlayer later this year.

Anthony is on the board of the Old Vic Theatre. He regularly contributes to a wide variety of national newspapers and magazines on subjects ranging from politics to education and currently has a travel column in The Telegraph. He has been a patron to East Anglia Children’s Hospices and the anti-bullying charity, Kidscape, since 2008.