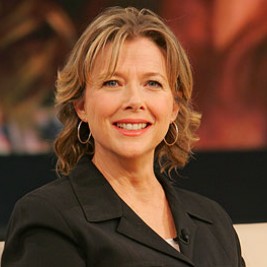 Businesses, Non-profit organizations, event planners and companies across the country have worked closely with our booking agents to hire Annette Bening for a speaking engagements, guest appearances, product endorsements and corporate events. Many of those same clients have continued to turn to our speakers bureau as we can easily align Annette Bening’s availability with their upcoming seminar, gala, annual conference, corporate function, and grand opening. Our close relationship with Annette Bening’s booking agent and management team further enables us to provide inquiring clients with Annette Bening’s speaking fee and appearance cost.

If your goal is to hire Annette Bening to be your next keynote speaker or to be the next brand ambassador our celebrity speakers bureau can assist. If Annette Bening’s booking fee is outside your companies budget or your unable to align with his appearance availability, our booking agents can provide you a list of talent that aligns with your event theme, budget and event date.

Annette Bening was born on May 29, 1958 in Topeka, Kansas, the youngest of four children. Her family moved to California when she was young, and she grew up there. She graduated from San Francisco State University and began her acting career with the American Conservatory Theatre in San Francisco, eventually moving to New York where she acted on the stage. She was nominated for a Tony Award in 1987 for the Broadway play "Coastal Disturbances". As is often the case, her first big-screen role was in a forgettable movie, The Great Outdoors (1988), in which she had a minor role. Her second film was Milos Forman's Valmont (1989), a little-seen adaptation of Choderlos de Laclos's "Les Liaisons Dangereuses." Bening's career turned an important corner the following year when she co-starred with Anjelica Huston and John Cusack in Stephen Frears's powerful, entertaining screen adaptation of Jim Thompson's novel The Grifters (1990), and her artful turn as a con artist gained her an Academy award nomination as Best Supporting Actress. Shortly thereafter, Warren Beatty cast Bening as Virginia Hill, Bugsy Siegel's fiery actress moll, in Bugsy (1991), the story of Siegel's founding of Las Vegas. Although the movie itself did not fare well, it resulted in a relationship with Beatty which led to Bening's pregnancy and then her marriage to Beatty in 1992 - it was the second marriage for Bening and the first for Beatty. The couple then collaborated on the extravagant flop Love Affair (1994), though her career rebounded with her turn as "Queen Elizabeth" in the highly-regarded 1995 production of Richard III (1995). Notable performances have since included an obsessive, pushy real estate agent in American Beauty (1999) and the eponymous character in István Szabó's screen adaptation of the W. Somerset Maugham novel Being Julia (2004)-- both were duly noted by the Academy with Best Actress Oscar nominations. Bening has great poise and screen presence and, at her best, can turn in a very strong performance. Although her resume often features long stretches of mediocre productions before the next good part turns up, when it does, it proves worth the wait. Bening has four children with Beatty.