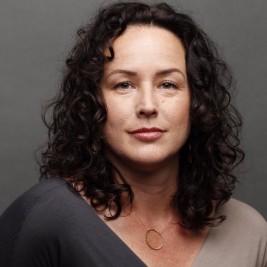 Businesses, Non-profit organizations, event planners and companies across the country have worked closely with our booking agents to hire Angela Shelton for a speaking engagements, guest appearances, product endorsements and corporate events. Many of those same clients have continued to turn to our speakers bureau as we can easily align Angela Shelton’s availability with their upcoming seminar, gala, annual conference, corporate function, and grand opening. Our close relationship with Angela Shelton’s booking agent and management team further enables us to provide inquiring clients with Angela Shelton’s speaking fee and appearance cost.

If your goal is to hire Angela Shelton to be your next keynote speaker or to be the next brand ambassador our celebrity speakers bureau can assist. If Angela Shelton’s booking fee is outside your companies budget or your unable to align with his appearance availability, our booking agents can provide you a list of talent that aligns with your event theme, budget and event date.

In 2004 Angela made her directorial debut with Searching for Angela Shelton (2004), a documentary aimed at surveying women across the U.S. who were also named Angela Shelton. However, she soon discovered that 70% of the women she interviewed with the same name had, like Angela, been a victim of rape, childhood sexual abuse or domestic violence. The film received many accolades and went on to begin a grassroots movement of survivors and humanitarian organizations around the world dedicated to exposing the epidemic of abuse.

Her memoir, "Finding Angela Shelton" was published in 2006 and described how her journey across America, whilst making the documentary, changed her life. Following the documentary's release Angela became a public speaker on the subject of trauma, recovery and surviving abuse. On film Angela has starred in 9 Line (2014), Comfortably Numb (1995), The Shrink Is In (2001), The Big Time (2002) and her television roles include Pacific Blue, Chicago Hope and Becker.

Angela is in post-production with her first full-length feature film, Heart, Baby!, starring Gbenga Akinnagbe, Jackson Rathbone, Keir O'Donnell, which she has written, produced and directed. Heart, Baby! tells the remarkable true story of Tennessee prisoner George Lee Martin who in 1984 was offered his freedom in exchange for a place on the U.S. Olympic team and a chance to win gold for his country. He refused.