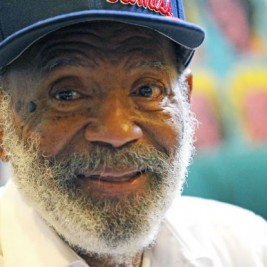 Businesses, Non-profit organizations, event planners and companies across the country have worked closely with our booking agents to hire James Meredith for a speaking engagements, guest appearances, product endorsements and corporate events. Many of those same clients have continued to turn to our speakers bureau as we can easily align James Meredith’s availability with their upcoming seminar, gala, annual conference, corporate function, and grand opening. Our close relationship with James Meredith’s booking agent and management team further enables us to provide inquiring clients with James Meredith’s speaking fee and appearance cost.

If your goal is to hire James Meredith to be your next keynote speaker or to be the next brand ambassador our celebrity speakers bureau can assist. If James Meredith’s booking fee is outside your companies budget or your unable to align with his appearance availability, our booking agents can provide you a list of talent that aligns with your event theme, budget and event date.

James Meredith is an American hero. Born in Kosciusko, Mississippi in 1933, he enlisted in the United States Air Force after graduating from high school and rose to the rank of staff sergeant. Some time before his discharge in July, 1960, he decided to continue his education and seek a law degree.

Enrolling in Jackson State University, a historically Black college school in Mississippi, he subsequently applied for admission to the University of Mississippi, a move which involved him in the long and bitter struggle described in his books. After graduating in 1963, he did research in political science at the Nigerian Institute of Social and Economic Research of the University of Ibadan. After a lecture tour of the major universities in Africa he visited Italy, Germany, France, England, The Netherlands, and several countries in the Middle East. He returned to the United States in 1965 and enrolled in the School of Law at Columbia University on a scholarship grant.

He started the Meredith Mississippi March Against Fear in 1966 which led to the development of the Black Power Movement.

James Meredith has spent his whole life in the struggle to make every American a Full-First-Class Citizen with complete equality, and has travelled the world studying and researching the question of Race and Color. More importantly, James Meredith has spent the last 40 years writing and speaking about his experiences and about Missisippi and American history. He has published 16 hardback books, and nine booklets, as well as, eight video movies.

He serves as President of the Meredith Institute, Inc., a non-profit, tax-exempt, 501(c)(3) organization focused on teaching Black Americans the importance of language and how to read, write, and speak the English language.