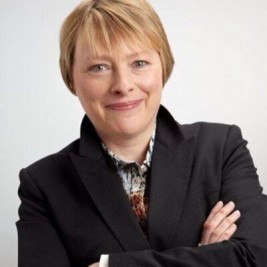 Businesses, Non-profit organizations, event planners and companies across the country have worked closely with our booking agents to hire Angela Eagle for a speaking engagements, guest appearances, product endorsements and corporate events. Many of those same clients have continued to turn to our speakers bureau as we can easily align Angela Eagle’s availability with their upcoming seminar, gala, annual conference, corporate function, and grand opening. Our close relationship with Angela Eagle’s booking agent and management team further enables us to provide inquiring clients with Angela Eagle’s speaking fee and appearance cost.

If your goal is to hire Angela Eagle to be your next keynote speaker or to be the next brand ambassador our celebrity speakers bureau can assist. If Angela Eagle’s booking fee is outside your companies budget or your unable to align with his appearance availability, our booking agents can provide you a list of talent that aligns with your event theme, budget and event date.

Angela Eagle MP is a British Labour Party politician, who has been the Member of Parliament (MP) for Wallasey since 1992. She served as the Minister of State for Pensions and Ageing Society from June 2009 until May 2010. Eagle was elected to the Shadow Cabinet in October 2010 and was appointed by Ed Miliband to be Shadow Chief Secretary to the Treasury.

Eagle is a lesbian, coming out in a newspaper interview in September 1997. She is the second openly lesbian MP, after Maureen Colquhoun in the 1970s. In September 2008, Eagle entered into a civil partnership with Maria Exall.

Eagle was joined in the House of Commons at the 1997 general election by her twin sister, Maria Eagle; they thus became the first set of twins to sit in the House. She and her sister are currently the only pair of sisters in the Commons. She was ranked in the top 50 on The Independent's "Pink List" of the 101 most influential gay men and women in Britain 2009.