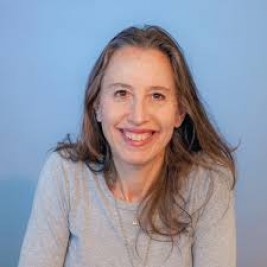 Businesses, Non-profit organizations, event planners and companies across the country have worked closely with our booking agents to hire Caroline Baron for a speaking engagements, guest appearances, product endorsements and corporate events. Many of those same clients have continued to turn to our speakers bureau as we can easily align Caroline Baron’s availability with their upcoming seminar, gala, annual conference, corporate function, and grand opening. Our close relationship with Caroline Baron’s booking agent and management team further enables us to provide inquiring clients with Caroline Baron’s speaking fee and appearance cost.

If your goal is to hire Caroline Baron to be your next keynote speaker or to be the next brand ambassador our celebrity speakers bureau can assist. If Caroline Baron’s booking fee is outside your companies budget or your unable to align with his appearance availability, our booking agents can provide you a list of talent that aligns with your event theme, budget and event date.

An influential producer and activist, Caroline Baron is one of Hollywood’s most celebrated businesswomen. Having most recently produced the Oscar nominated film Capote, Baron’s many credits include the cross-cultural hit Monsoon Wedding, winner of the Golden Lion at the Venice Film Festival and numerous awards worldwide.

Baron began her career as the production manager on the cult classic film, The Toxic Avenger. Over the years, she has served as the associate producer for the hit television series The Wonder Years and co-produced such films as Center Stage, Flawless, Addicted to Love, The Santa Clause, and Mira Nair’s Kama Sutra. She also produced the miniseries Witness to the Mob with Robert DeNiro.

However, Baron is remarkable for more than just her production credits. Tapping into her Jewish roots, Baron lives by the Hebrew phrase “Tikkun Olam” or “repairing the world.” In 1999, motivated by reports of families who fled their homes in Kosovo to seek refuge in crowded camps in Macedonia, she founded the nonprofit organization FilmAid International. FilmAid’s programs provide life-saving information on HIV/AIDS, landmine awareness, health and hygiene, women’s rights, and conflict resolution. The programs ease psychological suffering, foster understanding, engage the mind and spark the imagination. FilmAid currently reaches hundreds of thousands of refugees in Kenya and Tanzania.

In 2005, Baron founded A-Line Pictures with her husband and producing partner Anthony Weintraub. A-Line is currently developing a number of films including adaptations of two non-fiction books, Blackwater, an alarming look into the country’s largest private military contractor, and Dangerous Doses, an expose of counterfeit medicine in the United States.

Baron is currently working on film adaptations of two books by the best-selling novelist Ann Patchett, Bel Canto and The Magician’s Assistant, as well as a film version of Ibsen's The Master Builder. Next on A-Line’s plate is Anima, a convergence of narrative film, opera, and dance inspired by the harrowing true stories of African immigrants taking to the seas in hope of a better life.

Baron has won several awards for her work, including an Independent Spirit Producers Award for Capote, an Emmy Award for her work on The Wonder Years, and a 2006 Vision Producer of Excellence Award for Capote. She has received an honorary Doctorate of Letters from Chapman University and an alumni achievement award from Brandeis University.