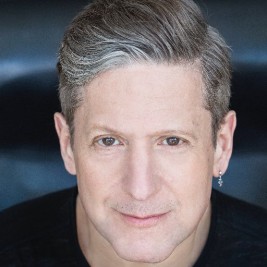 Businesses, Non-profit organizations, event planners and companies across the country have worked closely with our booking agents to hire Andy Nulman for a speaking engagements, guest appearances, product endorsements and corporate events. Many of those same clients have continued to turn to our speakers bureau as we can easily align Andy Nulman’s availability with their upcoming seminar, gala, annual conference, corporate function, and grand opening. Our close relationship with Andy Nulman’s booking agent and management team further enables us to provide inquiring clients with Andy Nulman’s speaking fee and appearance cost.

If your goal is to hire Andy Nulman to be your next keynote speaker or to be the next brand ambassador our celebrity speakers bureau can assist. If Andy Nulman’s booking fee is outside your companies budget or your unable to align with his appearance availability, our booking agents can provide you a list of talent that aligns with your event theme, budget and event date.

Two big wins. From nothing. And now he’s back to his first to try for his third. That's Andy Nulman's story in a nutshell. While young in spirit and snappy in dress, Andy Nulman has been creating and leading major media projects for 35 years.

At the age of 23 Nulman joined a tiny two-night, French-language humour start-up in Montreal. When he left 15 years later as its CEO and driving force, the Just For Laughs Comedy Festival was the biggest and most prestigious of its kind on earth, attracting more than 2 million visitors over a month-long period. During his tenure, Andy worked with the likes of Jay Leno, Drew Carey, Jim Carrey, Jerry Seinfeld, Chris Rock, Ray Romano, Martin Short, Tina Fey and Adam Sandler, sold multi-million dollar corporate sponsorships and created/Executive Produced over 150 Festival TV shows, in a variety of languages, all over the world.

Then came Airborne Mobile. In 1999, Nulman co-founded this pioneering company in the new industry of mobile media and marketing. Most people, including Airborne’s early investors, didn’t give the firm much chance to survive its first year. Less than seven years later, Airborne was honored as North America’s 4th-Fastest Growing Tech Company in Deloitte’s Fast 500 ranking, and sold to Japan’s Cybird Holdings for $110 million. What's more, three years after that, he and his partner bought it back. For way, way less. No wonder he speaks about, and teaches others, How To Do The Impossible...whatever theirs may be.

These days, Nulman is back with big, groundshaking plans of change as President of Festivals and Television to Just for Laughs and its French component Juste Pour Rire. As his title suggests, he will take charge of Just for Laughs/Juste Pour Rire as well as the upstart festivals in Toronto and Chicago, plus the company’s television production arms.

In his spare time, Andy is also an oft-published author (three books, including the breakthrough marketing effort Pow! Right Between The Eyes—Profiting From The Power of Surprise), gutsy public speaker, half-decent snowboarder, gym rat, contemporary art buff, newbie hockey right-winger (a convert after two decades as a goalie) and weekend blogger.

Other accomplishments include being named one of Canada’s Top 40 Under 40 business leaders by the Financial Post, voted one of the Top 100 Montrealers of the 20th Century in 2000, and honored with the McGill Management Achievement Award in 2004.