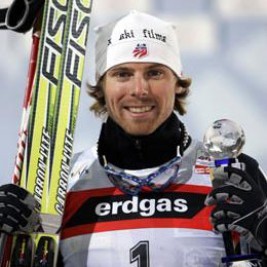 Businesses, Non-profit organizations, event planners and companies across the country have worked closely with our booking agents to hire Andy Newell for a speaking engagements, guest appearances, product endorsements and corporate events. Many of those same clients have continued to turn to our speakers bureau as we can easily align Andy Newell’s availability with their upcoming seminar, gala, annual conference, corporate function, and grand opening. Our close relationship with Andy Newell’s booking agent and management team further enables us to provide inquiring clients with Andy Newell’s speaking fee and appearance cost.

If your goal is to hire Andy Newell to be your next keynote speaker or to be the next brand ambassador our celebrity speakers bureau can assist. If Andy Newell’s booking fee is outside your companies budget or your unable to align with his appearance availability, our booking agents can provide you a list of talent that aligns with your event theme, budget and event date.

Andy Newell was born November 30, 1984 and is an American cross country skier who has been competing on the international level since 2001.

His best individual finish at the FIS Nordic World Ski Championships was fifth in the sprint at the 2007 championships in Sapporo. Newell's best individual finish at the Winter Olympics was 16th in the sprint at Turin in 2006. In March, 2006, Newell won a bronze medal in a World Cup sprint race in Changchun, China. The medal was the first in just over 20 years for an American Nordic skier. Newell has a total of twenty one individual sprint victories at various levels since 2001, including his first National Championship in January, 2007, at Houghton, MI.

Andrew Newell was born in Bennington, Vermont. He attended the Stratton Mountain School for several years, where his career as a ski racer began to flourish. After completing his High School degree and some post-grad work at Stratton, Newell went on to join the US Ski Team, which he still competes for today.

He also does cinematography as a hobby, and is the owner of a film company called 'X Ski Films.' Newell is known as one of the most talented persons on cross country skis, as he demonstrates as a star in his own films. Among Newell's most noteworthy accomplishments in the XSki world are huge backflips on his skinny skis, 720's, and a radar-clocking (by the Vermont State Police) of over 50 mph.

It was announced on 19 January 2010 that Newell had qualified for the 2010 Winter Olympics.