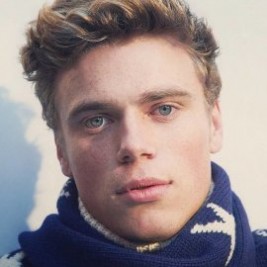 Businesses, Non-profit organizations, event planners and companies across the country have worked closely with our booking agents to hire Gus Kentworthy for a speaking engagements, guest appearances, product endorsements and corporate events. Many of those same clients have continued to turn to our speakers bureau as we can easily align Gus Kentworthy’s availability with their upcoming seminar, gala, annual conference, corporate function, and grand opening. Our close relationship with Gus Kentworthy’s booking agent and management team further enables us to provide inquiring clients with Gus Kentworthy’s speaking fee and appearance cost.

If your goal is to hire Gus Kentworthy to be your next keynote speaker or to be the next brand ambassador our celebrity speakers bureau can assist. If Gus Kentworthy’s booking fee is outside your companies budget or your unable to align with his appearance availability, our booking agents can provide you a list of talent that aligns with your event theme, budget and event date.

Halfpipe and slopestyle double threat Gus Kenworthy is on a roll with no sign of slowing down. One of the most decorated freeskiers out there, Kenworthy has now collected four straight AFP overall titles and an Olympic silver medal in slopestyle to add to his trophy case.

The pressure was on at the start of the 2013-2014 season for Kenworthy, an Olympic hopeful in both disciplines. With five Olympic qualifying events, he had to double down at each event. At the final two Grand Prix events, Kenworthy placed second and then third in slopestyle, securing his ticket to Sochi through objective criteria.

As a member of the inaugural U.S. Olympic slopestyle team, Kenworthy made his country and sport proud by crushing the Russian slopestyle course and taking home the silver medal. He stood on the podium alongside his fellow teammates, Joss Christensen and Nick Goepper, who together swept the podium for the USA. It was only the third U.S. podium sweep in Winter Olympic Games history. While in Sochi, Kenworthy made headlines by adopting a family of stray dogs he met on the streets of the Olympic town and has been working with the International Humane Society to raise awareness for the cause.

A Telluride native, Kenworthy first gained recognition for his park skiing with one of his ski movie edits he posted on the Internet. Shortly thereafter he began filming with well-known ski production companies and ascending through the elite freeskiing ranks.

Kenworthy had a clean sweep of the Aspen/Snowmass Open slopestyle and halfpipe skiing events in both 2010 and 2012, which he followed up by winning the 2011 and 2012 AFP overall titles. In the 2012 season, he competed in more than 23 events and took dual wins in big air and slopestyle at the AFP World Championships. But 2013 proved to be his breakthrough season, as he took second at the Olympic halfpipe test event World Cup in Sochi, Russia and then won his first X Games medal in Tignes (bronze). He capped off the season with his third-straight AFP overall title.