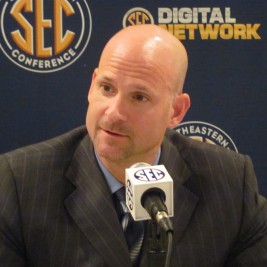 Businesses, Non-profit organizations, event planners and companies across the country have worked closely with our booking agents to hire Andy Kennedy for a speaking engagements, guest appearances, product endorsements and corporate events. Many of those same clients have continued to turn to our speakers bureau as we can easily align Andy Kennedy’s availability with their upcoming seminar, gala, annual conference, corporate function, and grand opening. Our close relationship with Andy Kennedy’s booking agent and management team further enables us to provide inquiring clients with Andy Kennedy’s speaking fee and appearance cost.

If your goal is to hire Andy Kennedy to be your next keynote speaker or to be the next brand ambassador our celebrity speakers bureau can assist. If Andy Kennedy’s booking fee is outside your companies budget or your unable to align with his appearance availability, our booking agents can provide you a list of talent that aligns with your event theme, budget and event date.

Andy Kennedy was born March 13, 1968 and is an American college basketball coach and the current head men's basketball coach at the University of Mississippi (Ole Miss). Born in Louisville, Mississippi, Kennedy was a player in high school at both Winston Academy and Louisville High School. He was a 1986 Parade All-American. Kennedy went on to play for North Carolina State and the University of Alabama at Birmingham (UAB). On March 24, 2006, Kennedy was introduced as the Rebels' 20th head men's basketball coach. Kennedy is only the fifth coach in SEC history with 45 or more wins in his first two years joining Tubby Smith, Eddie Sutton, Bruce Pearl, and John Calipari. Also, he is only the seventh coach in SEC history to guide his teams to 20+ wins in four of his first five seasons.