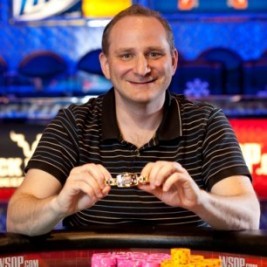 Businesses, Non-profit organizations, event planners and companies across the country have worked closely with our booking agents to hire Andy Bloch for a speaking engagements, guest appearances, product endorsements and corporate events. Many of those same clients have continued to turn to our speakers bureau as we can easily align Andy Bloch’s availability with their upcoming seminar, gala, annual conference, corporate function, and grand opening. Our close relationship with Andy Bloch’s booking agent and management team further enables us to provide inquiring clients with Andy Bloch’s speaking fee and appearance cost.

If your goal is to hire Andy Bloch to be your next keynote speaker or to be the next brand ambassador our celebrity speakers bureau can assist. If Andy Bloch’s booking fee is outside your companies budget or your unable to align with his appearance availability, our booking agents can provide you a list of talent that aligns with your event theme, budget and event date.

Andy Bloch was born June 1, 1969 in New Haven, Connecticut and is a professional poker player. He holds two electrical engineering degrees from MIT and a JD from Harvard Law School.

Bloch started playing seriously in 1992, though he was part of the MIT blackjack team, entering some small $35 weekly tournaments once a month. By the end of the year, he had won one of the World Poker Finals tournaments, a $100(US) entry fee no-limit Texas hold'em tournament. That was the first time he ever played no-limit Texas hold 'em.

In 1997, he skipped the last week of law school classes to play in the World Series of Poker (WSOP) Main Event. He was the guinea pig in a low-tech hole card cam trial. Tom Sims was looking for a volunteer to "sweat" and record all his hole cards, and he agreed. His records turned into a 2-part CardPlayer Magazine article. After passing the bar exam in 1999, he decided to delay his law career and went back to poker.

That career got delayed even further after making two WSOP final tables in 2001, a first place finish back at Foxwoods in 2002 (playing seven-card stud), and two World Poker Tour (WPT) final tables its first season, finishing 3rd both times. In 2005 Bloch chose to boycott the WPT in protest to its player release process. Bloch returned to the WPT after a lawsuit initiated by seven high-profile poker players, including Chris Ferguson and Phil Gordon, was settled in 2008.

Bloch was the second season winner of the Ultimate Poker Challenge.

Bloch is also an accomplished blackjack player and was featured in the blackjack documentary The Hot Shoe, as well as starring in his own instructional blackjack DVD, Beating Blackjack, which explains card counting. Andy Bloch was a member of the MIT Blackjack Team featured in the book Bringing Down the House. Bloch said he has made up to $100,000 in one session while playing blackjack.

He is a member of "Team Full Tilt" at Full Tilt Poker.

In 2006, he defeated Phil Laak heads up to win the Pro-Am Poker Equalizer taking in the grand prize of $500,000. The tournament was broadcast in early 2007 on ESPN.