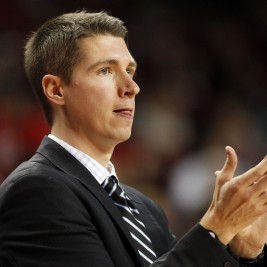 Businesses, Non-profit organizations, event planners and companies across the country have worked closely with our booking agents to hire Andrew Toole for a speaking engagements, guest appearances, product endorsements and corporate events. Many of those same clients have continued to turn to our speakers bureau as we can easily align Andrew Toole’s availability with their upcoming seminar, gala, annual conference, corporate function, and grand opening. Our close relationship with Andrew Toole’s booking agent and management team further enables us to provide inquiring clients with Andrew Toole’s speaking fee and appearance cost.

If your goal is to hire Andrew Toole to be your next keynote speaker or to be the next brand ambassador our celebrity speakers bureau can assist. If Andrew Toole’s booking fee is outside your companies budget or your unable to align with his appearance availability, our booking agents can provide you a list of talent that aligns with your event theme, budget and event date.

Andrew Toole was born September 11, 1980 in Staten Island, New York and is a basketball head coach. He has served as the head coach at Robert Morris University since May 11, 2010 and is currently the youngest head coach in Division I basketball at 32 years old. Toole had served as an assistant coach at Lafayette College and Robert Morris prior to accepting his first head coaching position. As a player, Toole played at Elon University before transferring to the University of Pennsylvania.

After only one season at Lafayette, Toole moved west and accepted an assistant coaching job with Robert Morris University under now-Rutgers University head coach Mike Rice Jr.. Toole helped guide the Colonials to two straight NCAA Tournament berths in 2009 and 2010, where they were the 15th seed each time. When Rice left for Rutgers following the 2009-10 season, Robert Morris Director of Athletics Craig Coleman named Toole the 8th head coach in the basketball program's 34 years of existence on May 11, 2010.

"I'm unbelievably excited to be the head coach at Robert Morris University," Toole said during his press conference at the Charles L. Sewall Center. "I take that honor very seriously, and I'm going to work incredibly hard and tirelessly to prove those people right while continuing to build on the success that we've had over the last three years." With his appointment, Toole became the youngest head coach in men's Division I basketball, and the fifth head coach with ties to the Hoop Group, following Rice (Rutgers), Greg Vetrone (Fairleigh Dickinson), Chuck Martin (Marist), and Jesse Agel (Brown).

Toole earned his first head coaching victory on November 13, 2010 against St. Peter's College, a 55-30 triumph at the Sewall Center. The win also set a new school record for points allowed in a game, besting the previous mark of 34 points allowed.