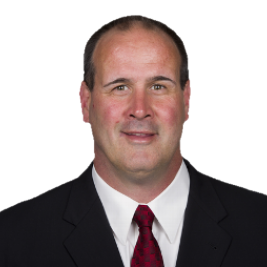 Businesses, Non-profit organizations, event planners and companies across the country have worked closely with our booking agents to hire Mike Tice for a speaking engagements, guest appearances, product endorsements and corporate events. Many of those same clients have continued to turn to our speakers bureau as we can easily align Mike Tice’s availability with their upcoming seminar, gala, annual conference, corporate function, and grand opening. Our close relationship with Mike Tice’s booking agent and management team further enables us to provide inquiring clients with Mike Tice’s speaking fee and appearance cost.

If your goal is to hire Mike Tice to be your next keynote speaker or to be the next brand ambassador our celebrity speakers bureau can assist. If Mike Tice’s booking fee is outside your companies budget or your unable to align with his appearance availability, our booking agents can provide you a list of talent that aligns with your event theme, budget and event date.

Mike Tice is currently the Offensive Line coach for the Oakland Raiders of the National Football League. He was formerly the head coach of the Minnesota Vikings from 2002 to 2005. He was also formerly the offensive coordinator for the Chicago Bears.

Immediately after his retirement as a plaer in the league, Tice joined the Vikings' coaching staff, serving first as tight ends coach (1996) and offensive line coach (1997–2001). Tice took over head coaching duties on an interim basis for the final game of the 2001 season, replacing Dennis Green. On January 10, 2002, Tice was officially named the 6th head coach in franchise history. (Bud Grant having been both 2nd and 4th.) He was also the first former Viking player to assume the role. In 2002, the Vikings led the NFL in rushing for the first time in team history, and in 2003, they led the league in total offense for the first time. A season later, the Vikings broke team records with 6,339 total yards and 4,754 passing yards and scored 50 touchdowns.

Tice was hired to be the Oakland Raiders offensive line coach in January 2015.