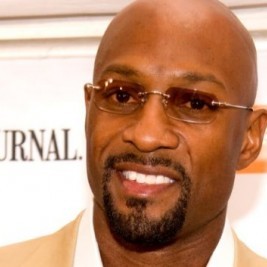 If your goal is to hire Alonzo Mourning to be your next keynote speaker or to be the next brand ambassador our celebrity speakers bureau can assist. If Alonzo Mourning’s booking fee is outside your companies budget or your unable to align with his appearance availability, our booking agents can provide you a list of talent that aligns with your event theme, budget and event date.

Known simply as "Zo", Alonzo Mourning was born February 8, 1970 in Chesapeake, Virginia and was an NBA champion with the Miami Heat. His tenacity on defense twice earned him NBA Defensive Player of the Year Award and perennially placed him on the NBA All-Defensive Team. He is applauded for making a comeback after undergoing a kidney transplant and years later winning his first NBA Championship with the Heat. He has also played for the Charlotte Hornets and New Jersey Nets. Alonzo's autobiography Resilience, detailing his inspirational recovery from kidney transplant surgery to win an NBA title, is scheduled for release by Random House on September 30, 2008.

He was selected second overall in the 1992 NBA Draft by the Charlotte Hornets, behind Shaquille O'Neal. Mourning was named to the league's all-rookie team in 1993 after averaging 21.0 pts, 10.3 rebounds, and 3.47 blocks. He finished second to Shaquille O'Neal in rookie of the year voting. He posted the highest scoring average of any rookie in Hornets history. Mourning and O'Neal were the first NBA rookies since David Robinson in 1989-90 to average 20 or more points and 10-plus rebounds in their first seasons. Mourning shattered Charlotte's blocked-shots records, becoming the Hornets' all-time career leader in the 49th game of the season. The greatest moment of Mourning's rookie season came on May 5, 1993 in Game 4 of a first-round playoff series against the Boston Celtics. His 20-footer at the buzzer gave the Hornets a 104-103 victory in the game and a three-games-to-one victory in the series.