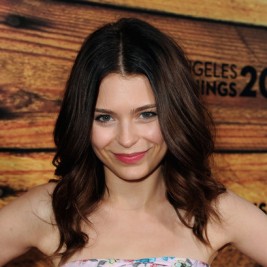 If your goal is to hire Alexandra Krosney to be your next keynote speaker or to be the next brand ambassador our celebrity speakers bureau can assist. If Alexandra Krosney’s booking fee is outside your companies budget or your unable to align with his appearance availability, our booking agents can provide you a list of talent that aligns with your event theme, budget and event date.

Alexandra Krosney (born January 28, 1990 in Los Angeles, California) is an American film and television actress. She is best known for her role as Kristin Baxter on the ABC sitcom Last Man Standing during the show's first season. Some of Krosney's other television include Bones, Lost, Cory in the House, ER, Nikita, Numb3rs, NCIS and the animated series Transformers: Prime. Krosney also appeared in the television films Read It and Weep (2006), Shredderman Rules (2007) and The Last Day Of Summer (2007). From 2011 to 2012, she co-starred in the ABC sitcom Last Man Standing starring Tim Allen. On June 11, 2012, it was announced that Krosney was let go from the sitcom due to creative reasons. She was replaced by Amanda Fuller in season 2.