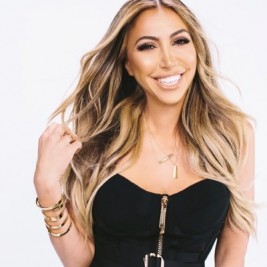 Businesses, Non-profit organizations, event planners and companies across the country have worked closely with our booking agents to hire Diana Madison for a speaking engagements, guest appearances, product endorsements and corporate events. Many of those same clients have continued to turn to our speakers bureau as we can easily align Diana Madison’s availability with their upcoming seminar, gala, annual conference, corporate function, and grand opening. Our close relationship with Diana Madison’s booking agent and management team further enables us to provide inquiring clients with Diana Madison’s speaking fee and appearance cost.

If your goal is to hire Diana Madison to be your next keynote speaker or to be the next brand ambassador our celebrity speakers bureau can assist. If Diana Madison’s booking fee is outside your companies budget or your unable to align with his appearance availability, our booking agents can provide you a list of talent that aligns with your event theme, budget and event date.

Diana Madison is a TV Personality, Entrepreneur and Producer.

This media maven is Hollywood, as she lives and breathes the city of dreams.

Diana Madison is the co-founder of Shandy Media, which included web properties Hollyscoop, Modamob, The Fumble, Stereotude, The Savory and The Lowdown.

The Lowdown with Diana Madison, was recently picked up by AOL for a second season. The show has sustained a 30% increase week after week and finished the last season with an impressive 3.36 million views.

AOL is giving their viewers exactly what they want: a weekly dose of pop culture! “‘The Lowdown with Diana Madison’ is content that our publisher audiences have consistently responded to,” said Shay Brog, Head of Publisher Development, AOL Video. “We are very happy to see that they’ve had success and are renewing the show for a second season.”

Diana is a Hollywood native, as she was born a couple of blocks away form the infamous Hollywood sign. This hostess began her career – if you can believe it – when she was just 12 years old! Diana transformed her living room into a faux TV News set and began writing news reports, videotaping herself on the family video camera.

Her passion would not die down. If ever there was a video camera in sight, Diana was making sure she got the story covered whether it was breaking news from the family vacation, or a class field trip. You could not miss this ambitious young girl with a microphone, spoon or stick in her hand waving through the crowds to entertain and get her word out to anyone willing to listen.

Diana went to the University of California at Santa Barbara where she earned a degree in political science, but upon graduating, her passion for entertainment and fashion ultimately won and brought her back to her hometown of Los Angeles where she got her first job, at “Entertainment Tonight” and “The Insider.” During her two-year venture, Diana produced fashion segments for Steven Cojoaru, directed shoots and interviewed many of her favorite artists such as Usher, Michael Buble and Chris Brown. Although Diana had achieved a great amount of success at a very young age, it was her drive to be on camera that led her to help launch and co-find Hollyscoop. What started out as an entertainment blog, Hollyscoop exploded in popularity, due in part to the team’s decision to cover red carpet events and post the video clips on the site.

That decision led to the creation of Hollyscoop TV Online, where Diana got to interview some of the biggest names in Hollywood including Brad Pitt, George Clooney, Jennifer Lawrence, Angelina Jolie and the list goes on and on!

Diana soon became one of the most influential women in Hollywood. Hence, you can always see Diana appearing as a fashion and pop culture expert on E! News, The Wendy Williams Show,The Talk on CBS, TV Guide Network, KTLA Morning and Evening Show, Sunrise Morning News in Australia, The Morning show in Australia and the list goes on. You can also hear Diana on radio stations across the country including MAXIM Radio, Playboy, Fox News, Cosmo radio, the edge in Australia and more.