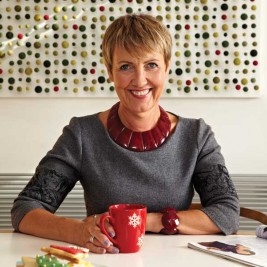 If your goal is to hire Aggie MacKenzie to be your next keynote speaker or to be the next brand ambassador our celebrity speakers bureau can assist. If Aggie MacKenzie’s booking fee is outside your companies budget or your unable to align with his appearance availability, our booking agents can provide you a list of talent that aligns with your event theme, budget and event date.

In 2002, she was asked to star in a TV series with Kim Woodburn. This was the birth of 'The Nation's Dream Cleaning Team" and they began filming a 6-part series for Channel 4 called "Too Posh to Wash".

Aggie also published a book with Kim called "How Clean Is Your House?"  The book became a best-seller and won an award at the prestigious British Book Awards.

Aggie and Kim's latest television series is also titled "How Clean is Your House".  The reality tv show follows them as they snoop around filthy homes, exposing their deepest, dirtiest secret corners that are overlooked and unseen.