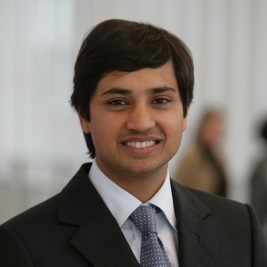 Businesses, Non-profit organizations, event planners and companies across the country have worked closely with our booking agents to hire Aditya Mittal for a speaking engagements, guest appearances, product endorsements and corporate events. Many of those same clients have continued to turn to our speakers bureau as we can easily align Aditya Mittal’s availability with their upcoming seminar, gala, annual conference, corporate function, and grand opening. Our close relationship with Aditya Mittal’s booking agent and management team further enables us to provide inquiring clients with Aditya Mittal’s speaking fee and appearance cost.

If your goal is to hire Aditya Mittal to be your next keynote speaker or to be the next brand ambassador our celebrity speakers bureau can assist. If Aditya Mittal’s booking fee is outside your companies budget or your unable to align with his appearance availability, our booking agents can provide you a list of talent that aligns with your event theme, budget and event date.

Aditya Mittal is a member of the Board of Directors and President and Chief Financial Officer of the world's largest steel firm ArcelorMittal, which is controlled by his father Lakshmi Mittal, who was ranked the eighth richest person in the world by Forbes in 2009

He has a Bachelor's Degree of Science in Economics from the Wharton School of the University of Pennsylvania in the United States, from which he graduated magna cum laude in 1996. He worked for a short time in the mergers and acquisitions department at investment bank Credit Suisse First Boston. He joined the family business in 1997 and was appointed Head of Mergers and Acquisitions in 1999, and has been involved in several purchases since then as Mittal Steel has played a major role in the consolidation of the global steel industry. He is based in London. He was involved with a merger proposal between Arcelor and Mittal Steel. He actively supported his father's decision to acquire Arcelor that led to its acquisition and merger with Mittal Steel in 2006. The two companies were merged in 2006 and the new merged company is called ArcelorMittal.

He is involved in various charitable organizations, including the NSPCC in the United Kingdom.