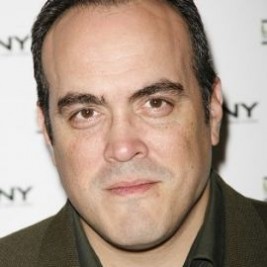 Businesses, Non-profit organizations, event planners and companies across the country have worked closely with our booking agents to hire David Zayas for a speaking engagements, guest appearances, product endorsements and corporate events. Many of those same clients have continued to turn to our speakers bureau as we can easily align David Zayas’s availability with their upcoming seminar, gala, annual conference, corporate function, and grand opening. Our close relationship with David Zayas’s booking agent and management team further enables us to provide inquiring clients with David Zayas’s speaking fee and appearance cost.

If your goal is to hire David Zayas to be your next keynote speaker or to be the next brand ambassador our celebrity speakers bureau can assist. If David Zayas’s booking fee is outside your companies budget or your unable to align with his appearance availability, our booking agents can provide you a list of talent that aligns with your event theme, budget and event date.

David was born in Puerto Rico  and raised in the Bronx. A movie lover since early childhood, David always had acting aspirations. But after graduating from  high school, he joined the Air Force and then pursued a career as a NYC policeman, placing his own dreams on hold to support his family. In the early '90's David enrolled in acting classes while still working as a cop.

David's talent was soon recognized, and he appeared in many plays, became a member of the LAByrinth Theater Company, and won  roles in television and film, very fittingly, often playing a cop, David quickly reached a point in his career where it seemed that acting was truly his calling, and he was able to leave the police force and focus solely on performing. Much of David's skill and appeal lie in his ability to play  a variety of parts. Most remember him as the terrifying and powerful prisoner, Enrique Morales, from HBO's Oz, but he also has wonderful comic timing, as to which many NYC theatre goers can attest.

Today David has had roles on Broadway, television series, major motion  pictures and even lent his voice to a video game. And although his childhood dreams have been realized and he is now one of the faces in the movies that inspire other children.  Luckily for audiences, this former policeman is not slowing at all. He continues to challenge himself with a range of varying roles in all media.

Currently, David is performing in New York in the Off-Broadway play, The Little Flower of East Orange, written by Stephen Adly Guirgis and directed by Philip Seymour Hoffman. This is a wonderful opportunity to see him on stage. Tickets are currently available through the beginning of May 2008.

Dexter Season 3 will begin filming this summer. David will continue in his 2007 Satellite award-winning performance as Angel Batista, the big-hearted and generous detective.