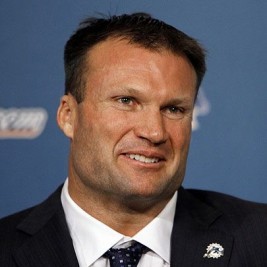 Businesses, Non-profit organizations, event planners and companies across the country have worked closely with our booking agents to hire Zach Thomas for a speaking engagements, guest appearances, product endorsements and corporate events. Many of those same clients have continued to turn to our speakers bureau as we can easily align Zach Thomas’s availability with their upcoming seminar, gala, annual conference, corporate function, and grand opening. Our close relationship with Zach Thomas’s booking agent and management team further enables us to provide inquiring clients with Zach Thomas’s speaking fee and appearance cost.

If your goal is to hire Zach Thomas to be your next keynote speaker or to be the next brand ambassador our celebrity speakers bureau can assist. If Zach Thomas’s booking fee is outside your companies budget or your unable to align with his appearance availability, our booking agents can provide you a list of talent that aligns with your event theme, budget and event date.

Zach Thomas was born September 1, 1973 and is a former American college and professional football player who was a linebacker in the National Football League (NFL) for thirteen seasons. He played college football for Texas Tech University, and was recognized as an All-American. He was drafted by the Miami Dolphins in the fifth round of the 1996 NFL Draft, and played for the Dolphins his first twelve seasons in the NFL. He was selected to the Pro Bowl eight times and recorded over 1,700 tackles. Thomas signed a five-year, $33.75 million contract extension with the Miami Dolphins on March 27, 2003, that includes a $10.5 million signing bonus and was to extend through the 2008 season. Thomas was entering the last year of the five-year, $22.5 million contract he signed prior to the 1999 season. Thomas responded with 153 tackles and 3 interceptions and his fifth All-Pro selection in six years. Thomas led the Dolphins in tackles with 165 in 2005 after missing two games with ankle and shoulder injuries; he is also one of three players to record one hundred or more tackles in each of his first ten seasons in the NFL. Thomas was selected to his seventh Pro Bowl appearance in 2006, tied for the third most Pro Bowl appearances in club history; this is also the most of such selections among all defensive players in Dolphins history. He has also been selected First- and Second-Team All-Pro seven times. Zach Thomas has more tackles than any linebacker in the Pro Football Hall of Fame, currently ranking sixth all-time behind Ray Lewis, Randy Gradishar, London Fletcher, Jessie Tuggle and Junior Seau.