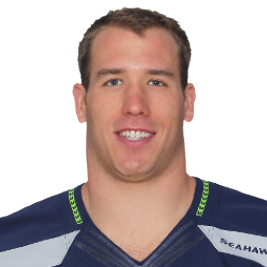 Businesses, Non-profit organizations, event planners and companies across the country have worked closely with our booking agents to hire Zach Miller for a speaking engagements, guest appearances, product endorsements and corporate events. Many of those same clients have continued to turn to our speakers bureau as we can easily align Zach Miller’s availability with their upcoming seminar, gala, annual conference, corporate function, and grand opening. Our close relationship with Zach Miller’s booking agent and management team further enables us to provide inquiring clients with Zach Miller’s speaking fee and appearance cost.

If your goal is to hire Zach Miller to be your next keynote speaker or to be the next brand ambassador our celebrity speakers bureau can assist. If Zach Miller’s booking fee is outside your companies budget or your unable to align with his appearance availability, our booking agents can provide you a list of talent that aligns with your event theme, budget and event date.

Zach Miller was born December 11, 1985 in Phoenix, Arizona and was a professional tight end for the Oakland Raiders of the National Football League. He was drafted in the 2nd round (38th overall) of the 2007 NFL Draft by the Raiders. He played college football at Arizona State.

Miller was projected to be a first round pick, however, his slightly disappointing performance at the combine caused him to be drafted early in the second round and 38th overall, by the Oakland Raiders. Miller's successful college career draws high hope of the Raider Nation. He is expected to be a big reliable receiving threat and a solid blocker for the Raiders, after many disappointments at the team's tight end position, including Doug Jolley, Courtney Anderson and Randal Williams. One of his two biggest plays was a 25-yard catch from Daunte Culpepper, sparking the Raiders' comeback win against the Kansas City Chiefs. The other was a 13-yard touchdown catch thrown by Josh McCown in a victory against the Denver Broncos. Miller's blocking has been a large factor in the Raiders' running game, in which the team ranks 6th in the league in rushing yards per game. He finished his rookie year with 44 catches for 444 yards and 3 touchdowns, including a great season finale.

Miller has thus far exceeded expectations of fans and fanasty owners alike in the first few weeks of the 2010 NFL season. On October 24, 2010, Miller caught a 43-yard long touchdown pass to get the Raider's offense started against the Denver Broncos. Miller also played Left Tackle in the game.