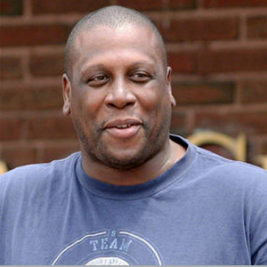 If your goal is to hire Xavier McDaniel to be your next keynote speaker or to be the next brand ambassador our celebrity speakers bureau can assist. If Xavier McDaniel’s booking fee is outside your companies budget or your unable to align with his appearance availability, our booking agents can provide you a list of talent that aligns with your event theme, budget and event date.

Xavier McDaniel was born June 4, 1963, in Columbia, South Carolina and is a retired National Basketball Association (NBA) player who, at 6' 7", played both small forward and power forward.

After retiring McDaniel appeared on Spike TV's televised slamball games where he coached the Riders squad in 2003. Afterwards he made a few appearances on the reality TV game show Pros vs Joes in 2006. Xavier McDaniel played on the Orange "All-Star" Team with fellow NBA star Clyde Drexler on an episode of Pros vs Joes, who coincidentally also appeared with McDaniel on the same Married... with Children episode 13 years earlier.

In 1995, McDaniel moved in Europe to play for Iraklis BC and he was Greek cup finalist in March 1996.