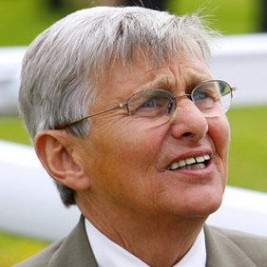 Businesses, Non-profit organizations, event planners and companies across the country have worked closely with our booking agents to hire Willie Carson for a speaking engagements, guest appearances, product endorsements and corporate events. Many of those same clients have continued to turn to our speakers bureau as we can easily align Willie Carson’s availability with their upcoming seminar, gala, annual conference, corporate function, and grand opening. Our close relationship with Willie Carson’s booking agent and management team further enables us to provide inquiring clients with Willie Carson’s speaking fee and appearance cost.

If your goal is to hire Willie Carson to be your next keynote speaker or to be the next brand ambassador our celebrity speakers bureau can assist. If Willie Carson’s booking fee is outside your companies budget or your unable to align with his appearance availability, our booking agents can provide you a list of talent that aligns with your event theme, budget and event date.

Willie Carson was born November 16, 1942 and is a retired jockey in thoroughbred horse racing.

Best known as "Willie", Carson was born in Stirling, Scotland. In 1957 he was apprenticed to Captain Gerald Armstrong at his stables at Tupgill, North Yorkshire. His first winner in Britain was Pinker's Pond in a seven-furlong apprentice handicap at Catterick Bridge Racecourse on 19 July 1962.

Willie Carson's best season as a jockey came in 1990 when he rode 187 winners, including riding 6 winners on the card at Newcastle Racecourse in June, one of only four jockeys to complete this feat during the 20th century. Curiously he only came second in the 1990 jockey's championship to Pat Eddery who rode 209 winners.

Carson had a long association with trainer Major Dick Hern for whom he rode his first 3 Derby winners. Five feet tall and riding at an easily maintained weight of 7st 10 lbs he was much in demand as a jockey up to his retirement in 1996 at the age of 54.

In 1980 he took over the Minster House Stud at Ampney Crucis near Cirencester and he and his wife Elaine have developed it into a state of the art stud complex. He is almost certainly the only jockey in the 20th century to have ridden a horse that he bred, Minster Son, to victory in one of the Classic races, the St. Leger Stakes 1988. He and his wife have 3 sons Anthony, Neil, and Ross.

In 1983, Willie Carson was made a Member of the Order of the British Empire for his services to horse racing.

From 1982 to 1983 Carson joined Bill Beaumont as one of the team captains for A Question of Sport. With Clare Balding, Carson now co-presents BBC horse racing coverage.

He was chairman of Swindon Town FC from 2001 until August 2007 when, following a takeover of the club by Best Holdings SGPS S.A he was replaced by Jim Little. Swindon Town are now run by Andrew Fitton and his consortium.