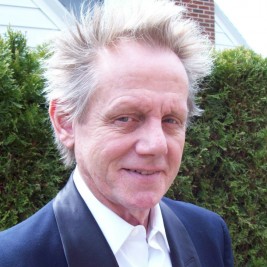 If your goal is to hire William Sanderson to be your next keynote speaker or to be the next brand ambassador our celebrity speakers bureau can assist. If William Sanderson’s booking fee is outside your companies budget or your unable to align with his appearance availability, our booking agents can provide you a list of talent that aligns with your event theme, budget and event date.

William Sanderson portrayed "Larry" in the United States TV show Newhart from 1982 to 1990, famous for the catch phrase, "Hi, I'm Larry. This is my brother Darryl, and this is my other brother Darryl."

He has returned to prominence playing E. B. Farnum in the HBO television series Deadwood. His role is a tragicomic hotelier and unofficial first mayor of Deadwood.

William Sanderson has appeared in many movies, and is best known for his role in the 1982 cult classic science fiction film Blade Runner as J.F. Sebastian. William Sanderson portrayed a character named Deuce in an episode of the hit science fiction television series Babylon 5, and later reprised the role in the television movie Babylon 5: Thirdspace.

He has made many guest appearances on television shows, and his credits range from The X-Files, Knight Rider, Married... with Children, Babylon 5, Walker, Texas Ranger, and Coach.