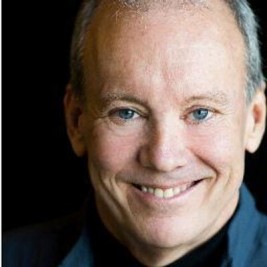 If your goal is to hire William McDonough to be your next keynote speaker or to be the next brand ambassador our celebrity speakers bureau can assist. If William McDonough’s booking fee is outside your companies budget or your unable to align with his appearance availability, our booking agents can provide you a list of talent that aligns with your event theme, budget and event date.

William McDonough is an internationally renowned designer and one of the primary proponents and shapers of what he and his partners call 'The Next Industrial Revolution.' Time magazine recognized him in 1999 as a 'Hero for the Planet', stating that "his utopianism is grounded in a unified philosophy that-in demonstrable and practical ways-is changing the design of the world." Time Magazine again recognized Mr. McDonough and Michael Braungart as "Heroes of the Environment" in October 2007. In 1996, Mr. McDonough received the Presidential Award for Sustainable Development, the nation's highest environmental honor; and in 2003 earned the U.S. EPA Presidential Green Chemistry Challenge Award. In 2004 he received the National Design Award for exemplary achievement in the field of environmental design. In October 2007, Mr. McDonough was elected an International Fellow of the Royal Institute of British Architects.

Mr. McDonough is the founding principal of William McDonough + Partners, an internationally recognized design firm practicing ecologically, socially, and economically intelligent architecture and planning in the U.S. and abroad. He is also principal of MBDC, a product and systems development firm assisting prominent client companies in designing profitable and environmentally intelligent solutions. Mr. McDonough is a Venture Partner at VantagePoint Venture Partners in San Bruno, California. Mr. McDonough is Consulting Professor of Civil and Environmental Engineering at Stanford University. As of January 2010 Mr. McDonough transitioned from U.S. Chairman and member of the Board of Councilors of the China-U.S. Center for Sustainable Development, a position he has held since 2001, to Chairman Emeritus of the U.S. Board of Councilors. He is on the Advisory Board of the University of Cambridge Programme for Sustainability Leadership. From 1994-1999, Mr. McDonough was the Edward E. Elson Professor of Architecture and Dean of the School of Architecture at the University of Virginia.

Mr. McDonough's leadership in sustainable development is recognized widely, both in the U.S. and internationally, and he has written and lectured extensively on his design philosophy and practice. He was commissioned in 1991 to write The Hannover Principles: Design for Sustainability as guidelines for the City of Hannover's EXPO 2000, and in 1993 to give the Centennial Sermon at the Cathedral of St. John the Divine in New York City. More recently, Mr. McDonough and Michael Braungart co-authored Cradle to Cradle: Remaking the Way We Make Things, published in 2002 by North Point Press.