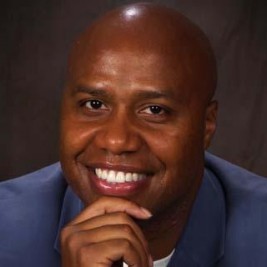 Businesses, Non-profit organizations, event planners and companies across the country have worked closely with our booking agents to hire Walter Bond for a speaking engagements, guest appearances, product endorsements and corporate events. Many of those same clients have continued to turn to our speakers bureau as we can easily align Walter Bond’s availability with their upcoming seminar, gala, annual conference, corporate function, and grand opening. Our close relationship with Walter Bond’s booking agent and management team further enables us to provide inquiring clients with Walter Bond’s speaking fee and appearance cost.

If your goal is to hire Walter Bond to be your next keynote speaker or to be the next brand ambassador our celebrity speakers bureau can assist. If Walter Bond’s booking fee is outside your companies budget or your unable to align with his appearance availability, our booking agents can provide you a list of talent that aligns with your event theme, budget and event date.

Understanding that no one can stop him has challenged Walter to work hard and maintain the winning attitude needed to achieve greatness for himself and his family and impart this belief using real life examples to the thousands of lives he touches each year.

Walter's strong will, his ability to motivate his teammates and his "can-do" attitude helped him become a nationally recognized college player. By the beginning of his senior year Walter was known as the top sixth man in the NCAA. Unfortunately, Walter suffered a broken foot not once but twice during his senior year - at a time when many top division one players were being courted by the NBA. Walter's "No one can stop you but YOU" belief and his confidence in himself were put to the test. However, Walter knew then, as he knows now, that there was no way he would ever give up on his dreams.

After graduating from the University of Minnesota with a BA in Communications, Walter worked tirelessly at his game and landed a position on the Wichita Falls Texans, a team in the Continental Basketball Association (CBA), the developmental league for the NBA. He made a remarkable comeback finishing the year stronger, quicker and more determined than ever. His ability to overcome what could have been career-ending adversity and his desire to succeed made Walter work harder than he ever had. That year he made the all-rookie team and was spotted by the son of Richie Adabato, then coach of the Dallas Mavericks. Walter's reputation as an exceptional guard began to spread like wildfire. He was invited to a number of free agent camps at the end of his first CBA season and Adabato was so impressed that he signed Walter to play with the Mavericks. That fall, he became the first ever rookie free agent to start opening night. Walter, the young man who never, ever gave up on his dreams, went on to have an eight-year professional basketball career, playing along side such NBA greats as Karl Malone and John Stockton as a guard for the Utah Jazz and the Detroit Pistons.

Toward the end of his basketball career, Walter developed the ability to apply on-the-court success and teamwork to the business world when he and his wife became owners of a national franchise. Walter changed his profession but never changed his winning attitude.

Walter is a highly sought after professional speaker, motivator, life coach, humorist, son, husband, and father of three beautiful children. Walter takes the life lessons he has learned about teamwork, leadership and maintaining that winning edge, and incorporates these lessons into the professional philosophies that inform each tailor-made keynote. Walter influences, inspires and empowers-both personally and professionally-the thousands of men and women he addresses each year throughout the United States.