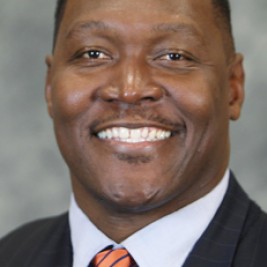 Businesses, Non-profit organizations, event planners and companies across the country have worked closely with our booking agents to hire Vincent Brown for a speaking engagements, guest appearances, product endorsements and corporate events. Many of those same clients have continued to turn to our speakers bureau as we can easily align Vincent Brown’s availability with their upcoming seminar, gala, annual conference, corporate function, and grand opening. Our close relationship with Vincent Brown’s booking agent and management team further enables us to provide inquiring clients with Vincent Brown’s speaking fee and appearance cost.

If your goal is to hire Vincent Brown to be your next keynote speaker or to be the next brand ambassador our celebrity speakers bureau can assist. If Vincent Brown’s booking fee is outside your companies budget or your unable to align with his appearance availability, our booking agents can provide you a list of talent that aligns with your event theme, budget and event date.

Former New England Patriots All-Pro linebacker Vincent Brown is in his second year as the Co-Defensive Coordinator in 2015 and will has position responsibility with the linebackers. Prior to coming to UConn, Brown had been a member of the coaching staff at the University of Virginia from 2010-13.

Brown played for the New England Patriots for eight seasons before retiring in 1995. He earned NFL All-Pro honors in 1991, 1992 and 1993. During his professional career he recorded 16.5 sacks, had 10 interceptions and scored one touchdown. After being selected in the second round of the 1988 NFL Draft, Brown went on to start 103 of 123 career games for the Patriots, logging 811 tackles, 16.5 sacks and 10 interceptions.

Brown worked with the Cavaliers' defensive line in 2013 and the linebackers from 2010-12. He also served as Virginia's assistant special teams coordinator. He was also a graduate assistant at Virginia in 2007 and worked on the same coaching staff there as UConn head coach Bob Diaco. The Cavaliers played in the Gator Bowl that season.

In 2012, Brown saw senior linebacker Steve Greer earn All-ACC honors after leading the team with 103 total tackles. He finished his career with 357 tackles, the most of any active ACC player during the 2012 season.

Brown came to Virginia after serving as the linebackers coach at Richmond from 2008-09. The Spiders won the 2009 NCAA Football Championship Subdivision National Championship.

He coached Richmond's three starting linebackers in 2009 to all-league honors as the Spiders shared the Colonial Athletic Association crown. Brown guided a corps of linebackers during 2008 with All-American Eric McBride and all-conference pick Collin McConaghy.

Prior to his start in collegiate coaching, Brown served as an inside linebackers coach for the Dallas Cowboys in 2006. His previous coaching experience includes a four-year stint as an assistant coach at Meadowcreek High School near Atlanta. He was also the school's Assistant Athletic Director for one year.

A native of Atlanta, Brown played at Mississippi Valley State where he earned Kodak All-America honors as a senior in 1987. He was a second team AP All-American as a junior. A three-time all-conference pick, he broke the school's record for career tackles with 570 stops while leading the team in tackles his last three seasons. He graduated with a degree in criminal justice.