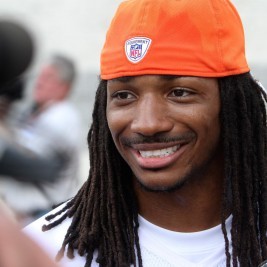 Businesses, Non-profit organizations, event planners and companies across the country have worked closely with our booking agents to hire Usama Young for a speaking engagements, guest appearances, product endorsements and corporate events. Many of those same clients have continued to turn to our speakers bureau as we can easily align Usama Young’s availability with their upcoming seminar, gala, annual conference, corporate function, and grand opening. Our close relationship with Usama Young’s booking agent and management team further enables us to provide inquiring clients with Usama Young’s speaking fee and appearance cost.

If your goal is to hire Usama Young to be your next keynote speaker or to be the next brand ambassador our celebrity speakers bureau can assist. If Usama Young’s booking fee is outside your companies budget or your unable to align with his appearance availability, our booking agents can provide you a list of talent that aligns with your event theme, budget and event date.

A graduate of suburban Washington D.C. high school, Largo High Schoolin Prince George’s County, Maryland, Usama Young has a longstandingrecord as an all-star athlete and philanthropist. After he lettered inbaseball, track, and football throughout his high-school career, Youngearned a football scholarship to Kent State University and a spot as afour-year starter at cornerback. During his undergraduate years,Young was named a Draddy Trophy semifinalist, an accolade thatrecognizes outstanding undergraduate players with combinedsuccess in academics, football performance, and community involvement.

He strengthened his philanthropic endeavors in New Orleans,LA after being drafted to the New Orleans Saints in 2007. During those years, he beganparticipating in relief efforts to aid the victims of Hurricane Katrina and went on to become aSuper Bowl XLIV champion. When he relocated to Cleveland, OH in 2011 to play for theCleveland Browns, he had a keen focus on providing aid and mentorship to inner city youth andthe homeless. Shortly thereafter, Young was named the team’s representative for the ByronWhizzer White Award, which acknowledges players’ impact in the community and on the field.By the time he landed in Oakland, CA in 2013 to play for the Oakland Raiders, he had a clearfocus on improving communities that were reflective of his childhood hometown of Washington,D.C. He was ultimately named the team representative for the Walter Payton Man of the Yearaward, which also honors players making a difference on and off the field. Young was also named the Oakland Raiders NFLPA player representative.

An eight-year veteran of the NFL and lifetime philanthropist, Young founded Believe in U in2014. To date, the foundation has impacted the lives of countless children and communitiesacross the country.