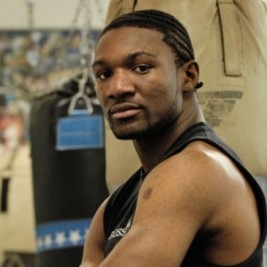 Businesses, Non-profit organizations, event planners and companies across the country have worked closely with our booking agents to hire Troy Ross for a speaking engagements, guest appearances, product endorsements and corporate events. Many of those same clients have continued to turn to our speakers bureau as we can easily align Troy Ross’s availability with their upcoming seminar, gala, annual conference, corporate function, and grand opening. Our close relationship with Troy Ross’s booking agent and management team further enables us to provide inquiring clients with Troy Ross’s speaking fee and appearance cost.

If your goal is to hire Troy Ross to be your next keynote speaker or to be the next brand ambassador our celebrity speakers bureau can assist. If Troy Ross’s booking fee is outside your companies budget or your unable to align with his appearance availability, our booking agents can provide you a list of talent that aligns with your event theme, budget and event date.

Troy Ross was born July 17, 1975 in Georgetown, Guyana and is a Guyanese Canadian boxer, currently residing in Brampton, Ontario. He competed in the light heavyweight (< 81 kg) division at the 1996 Summer Olympics in Atlanta, Georgia and 2000 Summer Olympics in Sydney, Australia. He is the cousin of Egerton Marcus, and the son of Charles Ross.

In the 1996 Olympics, after having defeated Roland Raforme (Seychelles) and Paul M'Bongo (Cameroon), Ross lost 14-8 in quarterfinals to Kazakhstan's eventual gold medalist Vassili Jirov. Ross entered the 2000 Olympics as a gold medal hopeful, however he was eliminated after a disappointing loss in his first fight.

Ross turned pro after the 2000 Summer Olympics, however he announced his retirement in 2005 after compiling an impressive record of 13-1, due to the inability to get quality fights. In 2007 Troy began a comeback and on March 19, 2007 he captured the Commonwealth Cruiserweight title by knocking out John Keeton in the second round.

Ross has also achieved success out of the ring starting his own fashion line, Ross Wear, and playing roles in Hollywood movies. He appeared in the 2005 movie Cinderella Man opposite Russell Crowe playing the role of heavyweight boxer John Henry Lewis. Ross also appeared in the 2007 movie Resurrecting the Champ with Josh Hartnett and Samuel L. Jackson, playing the younger version of the champ. He also appears in the movie Phantom Punch, in the role of Heavyweight boxer Floyd Patterson.

In 2008 Troy joined the cast of the boxing reality TV show The Contender filming in Singapore. He became a member of the gold team and on 14 January 2009 won his first round contest against Australian Lawrence Tauasa. He fought American Felix Cora Jr. in the quarter finals winning when the fight was stopped after 2:48 of the first round. In the semi finals Troy faced Nigerian Akinyemi Laleye, the fight was scored 50-45 by all three judges in Troy's favor. Troy fought another Nigerian, Ehinomen Ehikhamenor, in the Contender final on February 25, 2009 at the MGM Grand at Foxwoods Casino in Connecticut. Ross defeated Ehikhamenor by fourth round TKO to become the Contender Champion.