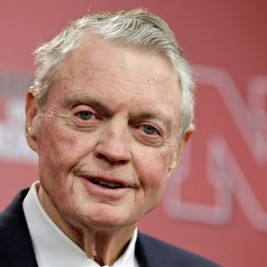 Businesses, Non-profit organizations, event planners and companies across the country have worked closely with our booking agents to hire Tom Osborne for a speaking engagements, guest appearances, product endorsements and corporate events. Many of those same clients have continued to turn to our speakers bureau as we can easily align Tom Osborne’s availability with their upcoming seminar, gala, annual conference, corporate function, and grand opening. Our close relationship with Tom Osborne’s booking agent and management team further enables us to provide inquiring clients with Tom Osborne’s speaking fee and appearance cost.

If your goal is to hire Tom Osborne to be your next keynote speaker or to be the next brand ambassador our celebrity speakers bureau can assist. If Tom Osborne’s booking fee is outside your companies budget or your unable to align with his appearance availability, our booking agents can provide you a list of talent that aligns with your event theme, budget and event date.

Osborne is best known as the former head coach of the Nebraska Cornhuskers, UNL's football team. Osborne was the head coach from the 1973 season until 1997, and led the Huskers to 13 conference championships and three national championships (1994, 1995, and 1997). It should be noted that he could have won a fourth National Championship in the 1983 season. That year, his Cornhuskers were 12-0 entering the 1984 Orange Bowl game and ranked #1 in the country for all of the year. In that game Nebraska scored a late TD against the then #5 ranked Miami Hurricanes to get within 1, 31-30. Rather than go for the extra point and finish with a tie (which most likley would have given Nebraska the title), Osborne opted to go for a 2-point conversion to win the game. It failed and Miami ended up winning the game, and the 1983 national title.

His last championship was split with the University of Michigan, was the source of some controversy: Michigan and Nebraska were ranked #1 and #2, respectively, in the both the AP Poll and the Coaches' Poll going into bowl week, but Nebraska rose to #1 in the Coaches' Poll following a solid 42-17 defeat of Peyton Manning and the #3-ranked University of Tennessee 42-17 in the Orange Bowl. Michigan dropped in the Coaches' Poll to #2, despite its 21-16 victory over #9 Washington State University in the Rose Bowl. Some believed that the coaches voted Nebraska #1 because Osborne had announced his retirement only a few weeks earlier, but others felt that Nebraska's easy defeat of the #3 team in the nation was more impressive than Michigan's close game against the #9 team.

His 255-49-3 record gave him the best winning percentage (83.6%) among active NCAA Division 1-A coaches at the time of his retirement and the fifth-best of all time. As of 2006, only Joe Paterno has reached 200 victories in fewer games. But Osborne, who went on an NCAA record 60-3 run over his final five seasons, won 250 games faster than any coach in Division 1-A history. Osborne was inducted into the College Football Hall of Fame in 1999. In 2000, he received the Jim Thorpe Lifetime Achievement Award.

As a college football coach, Tom Osborne was respected by his peers, and that legacy continues to the present time. His second national championship team, in 1995, is considered by many to be the best college football team in history, and especially in the modern era. The team won by an average score of 52-12 in the regular season and beat four top 10 teams (as ranked in the final polls) by an average score of 49-18. The team crushed second-ranked Florida in the Fiesta Bowl 62-24, one of the most lopsided games ever in a #1 vs. #2 matchup. In addition to his success on the field, he is perhaps best known for his reputation as a "player's coach" and his devotion to developing them as responsible adults as well as football players.