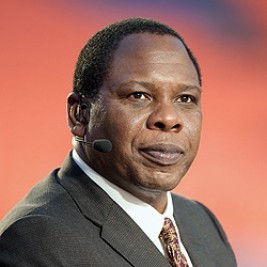 Businesses, Non-profit organizations, event planners and companies across the country have worked closely with our booking agents to hire Tom Jackson for a speaking engagements, guest appearances, product endorsements and corporate events. Many of those same clients have continued to turn to our speakers bureau as we can easily align Tom Jackson’s availability with their upcoming seminar, gala, annual conference, corporate function, and grand opening. Our close relationship with Tom Jackson’s booking agent and management team further enables us to provide inquiring clients with Tom Jackson’s speaking fee and appearance cost.

If your goal is to hire Tom Jackson to be your next keynote speaker or to be the next brand ambassador our celebrity speakers bureau can assist. If Tom Jackson’s booking fee is outside your companies budget or your unable to align with his appearance availability, our booking agents can provide you a list of talent that aligns with your event theme, budget and event date.

Tom Jackson, also referred to as "TJ" or "Tommy", is an NFL analyst for ESPN and a former linebacker for the Denver Broncos, where he was part of the "Orange Crush Defense".

In 1987, Jackson joined ESPN studios where he was teamed with Chris Berman on the network's signature NFL shows, NFL Countdown and NFL Primetime. Sunday NFL Countdown, the weekly Sunday morning pre-game show and has won seven Sports Emmy awards for Outstanding Studio Show—Weekly (1988, 1991, 1994, 1995, 2001, 2003 and 2007 seasons). On Monday Night Countdown, Jackson hosted the segment "Jacked Up!," which featured five hits from the previous day's games. The show's hosts recited the title phrase as they watched some of the most punishing hits inflicted by players on the field.

Jackson's pre-ESPN broadcasting experience included co-host positions for both "Broncos Beat," a weekly show on KCNC-TV in Denver, Colorado and a post-game show on KUSA-TV. He had also hosted a daily syndicated sports commentary radio show, "Behind the Line."

In 1995 Jackson appeared in the "Eggheads" episode of the American science fiction television series Sliders, playing a football color commentator during the Mindgame scenes.

In July 2015, Jackson was named the 2015 recipient of the prestigious Pete Rozelle Radio-Television Award from the Pro Football Hall of Fame.