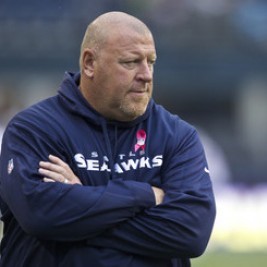 Businesses, Non-profit organizations, event planners and companies across the country have worked closely with our booking agents to hire Tom Cable for a speaking engagements, guest appearances, product endorsements and corporate events. Many of those same clients have continued to turn to our speakers bureau as we can easily align Tom Cable’s availability with their upcoming seminar, gala, annual conference, corporate function, and grand opening. Our close relationship with Tom Cable’s booking agent and management team further enables us to provide inquiring clients with Tom Cable’s speaking fee and appearance cost.

If your goal is to hire Tom Cable to be your next keynote speaker or to be the next brand ambassador our celebrity speakers bureau can assist. If Tom Cable’s booking fee is outside your companies budget or your unable to align with his appearance availability, our booking agents can provide you a list of talent that aligns with your event theme, budget and event date.

Tom Cable is an American football coach currently working as the offensive line and assistant head coach of the Seattle Seahawks of the National Football League. He played college football at the University of Idaho and was on the replacement team for the Indianapolis Colts during the 1987 NFL players' strike. After being an assistant coach for several college football teams, as well as head coach at Idaho, Cable became an offensive line coach for the Atlanta Falcons and Oakland Raiders of the NFL before serving as head coach for the Raiders from 2008 to 2010.

Cable entered the professional ranks as a coach in 2006 as the offensive line coach for the NFL's Atlanta Falcons, under head coach Jim Mora. Mora was dismissed at the end of the season and Cable moved on to the Oakland Raiders as offensive line coach for the 2007 season. Four games into the 2008 season, Raiders coach Lane Kiffin was fired and Cable was named interim head coach. The Raiders finished the 2008 season with a 4-8 record under Cable.

On February 4, 2009, Cable was officially introduced as the Raiders new head coach. Raiders owner Al Davis had made his decision nearly a week before, but did not want to interfere with Super Bowl XLIII. Davis also gave Cable time off prior to that due to the death of Cable's father.