Search Tom Bergeron
Host of Dancing With the Stars 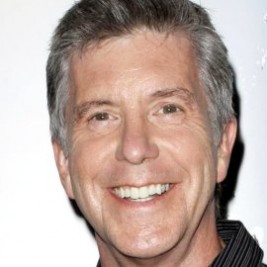 Businesses, Non-profit organizations, event planners and companies across the country have worked closely with our booking agents to hire Tom Bergeron for a speaking engagements, guest appearances, product endorsements and corporate events. Many of those same clients have continued to turn to our speakers bureau as we can easily align Tom Bergeron’s availability with their upcoming seminar, gala, annual conference, corporate function, and grand opening. Our close relationship with Tom Bergeron’s booking agent and management team further enables us to provide inquiring clients with Tom Bergeron’s speaking fee and appearance cost.

If your goal is to hire Tom Bergeron to be your next keynote speaker or to be the next brand ambassador our celebrity speakers bureau can assist. If Tom Bergeron’s booking fee is outside your companies budget or your unable to align with his appearance availability, our booking agents can provide you a list of talent that aligns with your event theme, budget and event date.

Tom Bergeron is the enormously appealing and gregarious host of ABC’s hit show Dancing with the Stars, which now boasts a viewership of nearly 20 million viewers an episode, and for which he was nominated an Emmy Award. He is also the current host of America’s Funniest Home Videos, and the former host of Hollywood Squares (1998 - 2004), for which he won a Daytime Emmy in 2000. I’m Hosting as Fast as I Can: Zen and the Art of Staying Sane in Hollywood (HarperOne), his forthcoming book, is a series of humorous and inspirational essays on surviving Hollywood, including behind the camera stories with A-list celebrities.

As a keynote speaker, commencement speaker, or after-dinner speaker, Bergeron shares with audiences the secrets of how he never breaks character, stutters or so much as breaks a sweat (even when an Osmond faints at his feet on live TV), uses meditation and other regimented, relaxation techniques to stay focused, energetic, and happy on and off the camera. He also shares hilarious, behind-the-scenes anecdotes about the myriad celebrities with whom he has worked and who have graced the dance floor of Dancing with the Stars, such as Whoopi Goldberg, William Shatner, President Jimmy Carter,Carol Burnett, L.L. Cool J, Jerry Springer, Henry Winkler, Bob Barker, Heidi Klum, Ryan Seacrest, Mel B (Scary Spice), Heather Mills, Pat Sajak, John O’Hurley, General Hospital’s Kelly Monaco, Bob Saget, Saturday Night Live’s Gary Kroeger, rapper Master P, Larry Fine and Moe Howard (of “Three Stooges” fame), and John Ritter.

When he was 17, Bergeron became the youngest DJ ever at WHAV Radio, the station in his Haverhill, Massachusetts, hometown. Working his way up in radio, he soon found himself hosting his own show, The Tom Bergeron Show, a late night talk/comedy show that tripled ratings for the New Hampshire station on which it aired. In 1982, while still hosting the New Hampshire broadcast, Bergeron added television to his plate, as host of the Emmy Award-winning magazine series Super Kids at WBZ-TV Boston.

The success of Super Kids earned Bergeron other hosting duties at the station, including the daily broadcast 4 Today and the Emmy Award-winning children’s series Rap Around. Then, in 1987, he was tapped to host People Are Talking, the station’s popular morning series, where he remained for the next six years. While still on People Are Talking in 1990, Bergeron also began the city’s top morning radio show on WBZ-AM.

In 1993, Bergeron made the leap from local to national television as host of the upstart cable network FX’s Breakfast Time. His sardonic humor and anything-goes approach made him an instant hit with viewers. Two years later, the series moved over to the FOX broadcast network, reaching an even larger audience. He proved up to the challenge, and following his stint with FOX, Bergeron served as a guest anchor of Good Morning America.

Bergeron was tapped for the hosting role on Hollywood Squares following an exhaustive search for someone with the right combination of wit, charm, and patience – after all, keeping nine laugh-grabbing celebrities in line isn’t for the faint of heart. He nabbed the 2000 Daytime Emmy Award for “Outstanding Game Show Host,” an honor he shared with Bob Barker. And amidst all the congratulations for his win, Bergeron added his usual comic spin: “I don’t know who the judges were or what they were drinking.”

Bergeron is also host of the widely-watched television show, America’s Funniest Home Videos, parlaying what began as a half-season gig into a nine-year stint. As host, Bergeron introduces unique videos that present a hilarious look at everyday people caught on tape in their most embarrassing moments. As he sees it, “It’s like I get to oversee a video buffet, where people can go several times an hour and be guaranteed a good laugh. How many places on TV can you go where that’s still true?”