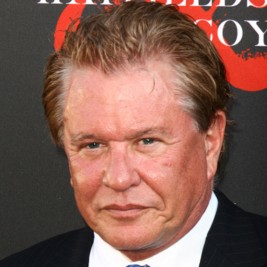 Businesses, Non-profit organizations, event planners and companies across the country have worked closely with our booking agents to hire Tom Berenger for a speaking engagements, guest appearances, product endorsements and corporate events. Many of those same clients have continued to turn to our speakers bureau as we can easily align Tom Berenger’s availability with their upcoming seminar, gala, annual conference, corporate function, and grand opening. Our close relationship with Tom Berenger’s booking agent and management team further enables us to provide inquiring clients with Tom Berenger’s speaking fee and appearance cost.

If your goal is to hire Tom Berenger to be your next keynote speaker or to be the next brand ambassador our celebrity speakers bureau can assist. If Tom Berenger’s booking fee is outside your companies budget or your unable to align with his appearance availability, our booking agents can provide you a list of talent that aligns with your event theme, budget and event date.

Tom Berenger was born Thomas Michael Moore to an Irish Catholic family in Chicago, Illinois. He studied journalism at the University of Missouri, but decided to seek an acting career following his graduation. He worked first in regional theatre and moved to New York City in the 1970s. He worked in soap operas and had a starring role on One Life to Live.

Berenger's film debut was the lead in Rush It (1976), an independent film now mostly forgotten except for its cast members who went on to greater renown. In 1977, Berenger had a small but noticeable role as a murderer in Looking for Mr. Goodbar. In 1979, he had the role of Butch Cassidy in Butch and Sundance: The Early Days, a role he got in part because of his resemblance to Paul Newman, who played the character in Butch Cassidy and the Sundance Kid (1969). These early roles highlight Berenger's ability to play both villains and heroes.

Berenger's film career peaked in the 1980s starting with The Big Chill (1983). In 1986, he received an Academy Award nomination for his portrayal of the sociopathic Sgt. Barnes in Platoon. In the mid-1990's he was most recognizable in his role from the movie Sniper, and its later sequels.

In more recent years, Berenger has continued to have an active acting career in film and television, although often at a supporting level. He also began a career as a producer in the 1990s.