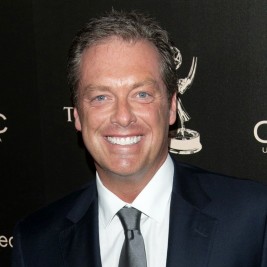 Businesses, Non-profit organizations, event planners and companies across the country have worked closely with our booking agents to hire Todd Newton for a speaking engagements, guest appearances, product endorsements and corporate events. Many of those same clients have continued to turn to our speakers bureau as we can easily align Todd Newton’s availability with their upcoming seminar, gala, annual conference, corporate function, and grand opening. Our close relationship with Todd Newton’s booking agent and management team further enables us to provide inquiring clients with Todd Newton’s speaking fee and appearance cost.

If your goal is to hire Todd Newton to be your next keynote speaker or to be the next brand ambassador our celebrity speakers bureau can assist. If Todd Newton’s booking fee is outside your companies budget or your unable to align with his appearance availability, our booking agents can provide you a list of talent that aligns with your event theme, budget and event date.

While visiting Los Angeles in 1990 to host a movie junket for a St. Louis television station, Newton — then a local disc jockey known as Rikk Idol —used the last of his travel money to hire a taxi to take him to the offices of various agents around Hollywood.

He hosted Hasbro Studios' popular Family Game Night (TV series) and the syndicated Monopoly Milionaires' Club. He has hosted such productions including GSN's Hollywood Showdown, Made in the USA, World's Wildest Game Shows, and Whammy!: The All New Press Your Luck.

Newton also tours North America as host of The Price Is Right Live!, an interactive theatrical production of the television game show. He is the founder of The Newton Fund 4 Kids.

Newton has been behind the microphone of various American radio stations including WKBQ in his hometown of St. Louis, KIIS and KBIG in Los Angeles, WNEW in New York, and the syndicated All Nite Cafe. He is currently the host of The Todd Newton Show, a weekly podcast featuring interviews with people from all over the world. In January 2015, he helped launch a new radio station in St. Louis called NOW 96.3 and can currently be heard each weekday from 10am-2pm.

In 2012, Newton authored his first book, Life in the Bonus Round: A Game Show Host's Road to Success and Fulfillment, which was named Best Autobiography at the Beverly Hills Book Awards. The following year he penned The Choice Is Yours: Six Keys for Putting Your Best into Action and Create A Superstar Demo Reel.