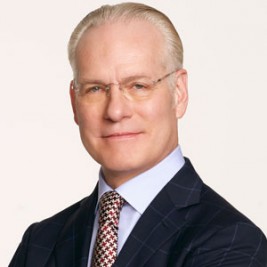 Businesses, Non-profit organizations, event planners and companies across the country have worked closely with our booking agents to hire Tim Gunn for a speaking engagements, guest appearances, product endorsements and corporate events. Many of those same clients have continued to turn to our speakers bureau as we can easily align Tim Gunn’s availability with their upcoming seminar, gala, annual conference, corporate function, and grand opening. Our close relationship with Tim Gunn’s booking agent and management team further enables us to provide inquiring clients with Tim Gunn’s speaking fee and appearance cost.

If your goal is to hire Tim Gunn to be your next keynote speaker or to be the next brand ambassador our celebrity speakers bureau can assist. If Tim Gunn’s booking fee is outside your companies budget or your unable to align with his appearance availability, our booking agents can provide you a list of talent that aligns with your event theme, budget and event date.

Tim Gunn was born July 29, 1953 and is an American fashion consultant, television personality, actor, and voice actor. He was on the faculty of Parsons The New School for Design from 1982 to 2007 and was chair of fashion design at the school from August 2000 to March 2007, after which he joined Liz Claiborne as its chief creative officer. He is well known as on-air mentor to designers on the reality television program Project Runway. Gunn's popularity on Project Runway led to his spin-off show, Bravo's Tim Gunn's Guide to Style, as well as his book A Guide to Quality, Taste and Style. He will voice Baileywick, the castle's steward in the Disney Junior television show Sofia the First: Once Upon a Princess.

Gunn started working at Parsons in 1982 and served as associate dean from 1989–2000, then became chair in August 2000. He was credited with "retooling and invigorating the curriculum for the 21st century.”

Gunn began appearing on Project Runway during its first season in 2004, and is known for his catchphrase "Make it work." Tim Gunn's Guide to Style, a reality show in which Gunn gives advice to the fashion-challenged, debuted in September 2007 on the Bravo television network.

Gunn also played a version of himself as a reporter for the fictional Fashion TV in two episodes of ABC's Ugly Betty in February 2007 and later guest starred on Drop Dead Diva in August 2009 as himself.

Gunn left Parsons in 2007 and joined Liz Claiborne as the company's chief creative officer in March of that year.

In April 2007, Abrams Image Publishers released Gunn's book A Guide to Quality, Taste and Style, co-written with Kate Moloney, cover photo by Markus Klinko & Indrani. While on tour in Palm Springs, California, the nearby city of Palm Desert honored him with an official resolution declaring April 27, 2007 (the day of his visit) "Timothy M. Gunn Day". He was also presented with a certificate by the city of Palm Springs and a plaque by the nearby city of Rancho Mirage in recognition of his career achievements. While promoting the book in the San Francisco Bay Area in May 2007, Gunn joined the judging panel of Project FiveFour 07, to judge gowns designed by 12 students from San Francisco's Fashion Institute of Design & Merchandising. The competition benefited The Princess Project, a Bay Area charity that gives free prom dresses to high school students who can't afford to buy them on their own. In July 2007, Gunn was interviewed by R. Christian Anderson for Palm Springs Life Magazine. The article entitled "Style Tips for Summer", featured Gunn's sound advice to women who wish to remain fashionable, even during intense desert heat.

In May 2009, Gunn served as commencement speaker at the Corcoran College of Art and Design, and received an honorary doctorate from the institution.
He makes sporadic appearances on The Late Late Show with Craig Ferguson's "Dear Aquaman" segments, helping or standing in for Aquaman (Ferguson), answering letters and dispensing advice.

He guest starred as Barney's personal tailor on the 100th episode of How I Met Your Mother.

Gunn is guest-starring as himself on the 6th episode of CW's fourth season of Gossip Girl, "Easy J".