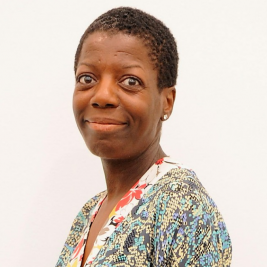 Businesses, Non-profit organizations, event planners and companies across the country have worked closely with our booking agents to hire Thelma Golden for a speaking engagements, guest appearances, product endorsements and corporate events. Many of those same clients have continued to turn to our speakers bureau as we can easily align Thelma Golden’s availability with their upcoming seminar, gala, annual conference, corporate function, and grand opening. Our close relationship with Thelma Golden’s booking agent and management team further enables us to provide inquiring clients with Thelma Golden’s speaking fee and appearance cost.

If your goal is to hire Thelma Golden to be your next keynote speaker or to be the next brand ambassador our celebrity speakers bureau can assist. If Thelma Golden’s booking fee is outside your companies budget or your unable to align with his appearance availability, our booking agents can provide you a list of talent that aligns with your event theme, budget and event date.

Culling an interest in art history from a childhood board game, Thelma Golden knew her dream job even before she knew what to call it. She stumbled upon the title and role she was looking for -- curator -- at the age of 12, and started up the ladder early, landing at the Whitney Museum in 1991, four years out of college. She was a co-curator of the 1993 Whitney Biennial, a landmark show, hotly debated at the time, that showcased overtly political art made by a significant percentage of nonwhite nonmales.Golden first burst into the limelight as a solo curator with "The Black Male" at the Whitney in 1994. Brilliantly imagined and carefully envisioned (and provoking controversy from a few corners), the show cemented her reputation as a formidable and fearless curator. In 2005, Golden became executive director for the Studio Museum in Harlem, re-dedicating the institution to forward-facing art from all corners of the African Diaspora. She keeps an eye on young and developing artists, while using the Studio Museum to write the history of collecting and art-making in Harlem and around the world.