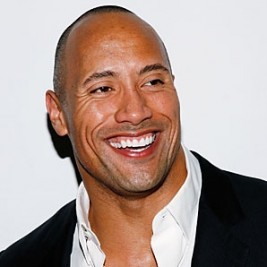 Travel Location
Available Upon Request
Book The Rock For

Book The Rock for a Speaking Engagement

Businesses, Non-profit organizations, event planners and companies across the country have worked closely with our booking agents to hire The Rock for a speaking engagements, guest appearances, product endorsements and corporate events. Many of those same clients have continued to turn to our speakers bureau as we can easily align The Rock’s availability with their upcoming seminar, gala, annual conference, corporate function, and grand opening. Our close relationship with The Rock’s booking agent and management team further enables us to provide inquiring clients with The Rock’s speaking fee and appearance cost.

If your goal is to hire The Rock to be your next keynote speaker or to be the next brand ambassador our celebrity speakers bureau can assist. If The Rock’s booking fee is outside your companies budget or your unable to align with his appearance availability, our booking agents can provide you a list of talent that aligns with your event theme, budget and event date.

Dwayne Douglas Johnson, also known by his ring name The Rock, is an American and Canadian actor, producer and professional wrestler. Johnson was a college football player for the University of Miami, winning a national championship on the 1991 Miami Hurricanes football team. He later played for the Calgary Stampeders in the Canadian Football League, and was cut two months into the 1995 season. This led him to become a professional wrestler like his grandfather, Peter Maivia, and his father, Rocky Johnson (from whom he also inherited his Canadian citizenship).

Originally billed as "Rocky Maivia", he gained mainstream fame in the World Wrestling Federation from 1996 to 2004 as a major figure in the company's Attitude Era, and was the first third-generation wrestler in the company's history. He returned to wrestling part-time for WWE from 2011 to 2013 and continues to make sporadic non-wrestling appearances for the company. As of October 2015, he has had seventeen championship reigns in WWE, including ten as a world champion, winning the WWF/E Championship eight times and the WCW/World Championship twice. He won the Intercontinental Championship twice and the WWF Tag Team Championship five times. He is the sixth Triple Crown Champion in WWE history, and won the 2000 Royal Rumble.

Johnson's autobiography The Rock Says..., co-written with Joe Layden, was published in 2000. It debuted at No. 1 on The New York Times Best Seller list and remained on the list for several weeks. Johnson's first leading film role was in The Scorpion King in 2002. For this role, he was paid US $5.5 million, a world record for an actor in his first starring role. He has since appeared in several films, including The Rundown, The Game Plan, Get Smart, The Other Guys and Faster. As an actor, he is perhaps best known for his portrayals of Luke Hobbs in The Fast and the Furious franchise. He also hosted and produced The Hero, a reality competition series.

Read More About The Rock

NOPACTalent acts as a Celebrity Speakers Bureau and Athlete Booking agency for corporate functions, appearances, private events and speaking engagements. NOPACTalent does not claim or represent itself as The Rock’s speakers bureau, agent, manager or management company for The Rock or any celebrity on this website. NOPACTalent represents organizations seeking to hire motivational speakers, athletes, celebrities and entertainers for private corporate events, celebrity endorsements, personal appearances, and speaking engagements.