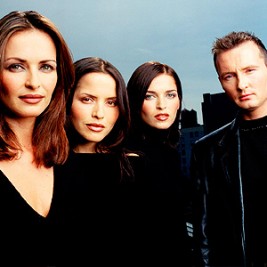 Travel Location
Available Upon Request
Book The Corrs For

Book The Corrs for a Speaking Engagement

Businesses, Non-profit organizations, event planners and companies across the country have worked closely with our booking agents to hire The Corrs for a speaking engagements, guest appearances, product endorsements and corporate events. Many of those same clients have continued to turn to our speakers bureau as we can easily align The Corrs’s availability with their upcoming seminar, gala, annual conference, corporate function, and grand opening. Our close relationship with The Corrs’s booking agent and management team further enables us to provide inquiring clients with The Corrs’s speaking fee and appearance cost.

If your goal is to hire The Corrs to be your next keynote speaker or to be the next brand ambassador our celebrity speakers bureau can assist. If The Corrs’s booking fee is outside your companies budget or your unable to align with his appearance availability, our booking agents can provide you a list of talent that aligns with your event theme, budget and event date.

The Corrs have released five studio albums and numerous singles, which have reached platinum in many countries. Talk on Corners, their most successful album to date, reached multi-platinum status in Australia, and in the UK it was the highest selling album of 1998. The band is one of only a handful of acts who have held the top two positions simultaneously in the UK album charts, with Talk on Corners at number one and Forgiven, Not Forgotten at number two. The latter was the second highest selling album in Australia in 1996, behind Alanis Morissette's Jagged Little Pill. Their third studio album, In Blue, went to number one in seventeen countries.

The Corrs have been actively involved in philanthropic activities. They have performed in numerous charity concerts such as The Prince's Trust event in 2004 and Live 8 alongside Bono of U2 in 2005. The same year, they were awarded honorary MBEs for their contributions to music and charity. The band was for almost 10 years inactive because Jim and Caroline were raising families, while Andrea and Sharon were pursuing solo careers while raising families of their own. According to Sharon Corr, it was uncertain if and when The Corrs will reunite. However, rumours of a reunion sparked in early 2015, and in a radio interview with Chris Evans in June 2015, Andrea confirmed that The Corrs were working on a new album and would play the BBC Radio 2 Live in Hyde Park festival. Their sixth studio album, White Light, was released in November 2015.

Read More About The Corrs

NOPACTalent acts as a Celebrity Speakers Bureau and Athlete Booking agency for corporate functions, appearances, private events and speaking engagements. NOPACTalent does not claim or represent itself as The Corrs’s speakers bureau, agent, manager or management company for The Corrs or any celebrity on this website. NOPACTalent represents organizations seeking to hire motivational speakers, athletes, celebrities and entertainers for private corporate events, celebrity endorsements, personal appearances, and speaking engagements.