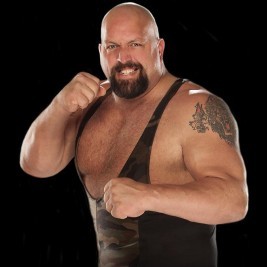 Travel Location
Available Upon Request
Book The Big Show For

Book The Big Show for a Speaking Engagement

Businesses, Non-profit organizations, event planners and companies across the country have worked closely with our booking agents to hire The Big Show for a speaking engagements, guest appearances, product endorsements and corporate events. Many of those same clients have continued to turn to our speakers bureau as we can easily align The Big Show’s availability with their upcoming seminar, gala, annual conference, corporate function, and grand opening. Our close relationship with The Big Show’s booking agent and management team further enables us to provide inquiring clients with The Big Show’s speaking fee and appearance cost.

If your goal is to hire The Big Show to be your next keynote speaker or to be the next brand ambassador our celebrity speakers bureau can assist. If The Big Show’s booking fee is outside your companies budget or your unable to align with his appearance availability, our booking agents can provide you a list of talent that aligns with your event theme, budget and event date.

Paul Randall Wight, Jr. was born February 8, 1972 and is better known by his ring name the Big Show, is an American professional wrestler who is currently signed with WWE. Wight is a seven-time world champion, having won the WCW World Heavyweight Championship twice, the WWF/E Championship twice, the ECW World Championship once, and the World Heavyweight Championship twice, making him the first and only wrestler ever to hold all four championships. In addition to these championships, he has also won the WWE Intercontinental Championship once, the WWE United States Championship once, and WWE Hardcore Championship three times. Wight is also an 11-time world tag team champion, having won the WWE's original World Tag Team Championship five times (twice with The Undertaker, and once each with Kane, Chris Jericho, and The Miz), the WWE Tag Team Championship three times (once each with Jericho, Miz, and Kane), and the WCW World Tag Team Championship three times (once each with Lex Luger, Sting, and Scott Hall). In addition to these accolades, Big Show is the 24th WWE Triple Crown Champion, the sixteenth Grand Slam Champion in WWE history, and the third wrestler (after Kurt Angle and Edge) to have held every currently active male championship in WWE. Between WWE and WCW, Wight has held 23 total championships. He was also the winner of WCW's annual World War 3 60-man Battle Royal in 1996, and has headlined many pay-per-views for WCW and the WWF/E since the mid-1990s, including the 2000 episode of WWE's premier annual event, WrestleMania. Outside of professional wrestling, Wight has appeared in feature films and television series such as The Waterboy, Star Trek: Enterprise, and USA Network's comedy-drama Royal Pains and the action-drama Burn Notice. In 2010, he had his first major role in the comedy film Knucklehead, which was produced by WWE Studios. Wight has said he would like to continue his acting career and expand beyond roles based on his size.

Read More About The Big Show

NOPACTalent acts as a Celebrity Speakers Bureau and Athlete Booking agency for corporate functions, appearances, private events and speaking engagements. NOPACTalent does not claim or represent itself as The Big Show’s speakers bureau, agent, manager or management company for The Big Show or any celebrity on this website. NOPACTalent represents organizations seeking to hire motivational speakers, athletes, celebrities and entertainers for private corporate events, celebrity endorsements, personal appearances, and speaking engagements.