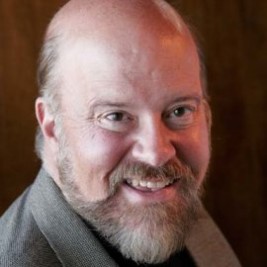 If your goal is to hire Terry Jones Travelocity to be your next keynote speaker or to be the next brand ambassador our celebrity speakers bureau can assist. If Terry Jones Travelocity’s booking fee is outside your companies budget or your unable to align with his appearance availability, our booking agents can provide you a list of talent that aligns with your event theme, budget and event date.

As founder of Travelocity.com, chairman of Kayak.com, and Chief Information Officer at American Airlines/Sabre, Terry Jones is on the cutting edge of innovation and change in the new information age. He leads companies whose innovations have changed an industry. For the past five years, Jones’ consulting practice has helped companies use the unique tools and techniques he developed to keep up with this rapidly changing world.

Having worked in both small startups and the larger corporate world, Jones offers a unique perspective on innovation, providing audiences real world examples of how to create a culture of innovation in a company.

During the 70s, Jones helped create one the of the fastest growing business travel companies ever formed. Continuing in the 80s and 90s, Jones led product development, programming, and operations at American Airlines/Sabre, the computer system that became a Harvard case study on automating customer service.

Jones then founded Travelocity.com, taking it from a team of ten people to a multi-billion dollar public company. After leaving Travelocity he became chairman of Kayak.com, a completely different travel site that grew to the size of Priceline in just three years.

A graduate of Denison University, Jones entered the business world in 1971 as a travel agent. Today, he serves as the principal of Essential Ideas, a company he founded to help companies transition in the digital economy. He serves on the boards of Rearden Commerce, Smart Destinations, EarthLink, Lake Tahoe Shakespeare Festival, and the Technical Advisory Committee of the Boy Scouts of America. He is also a special venture partner at General Catalyst Partners.

Jones is the author of the new book On Innovation, a lighthearted but practical guide for fostering innovation. In it, he outlines the future of business, drawing from his own experience as founder and CEO of Travelocity.com and from ten other startups where he has worked.

Jones is a lively, humorous, and knowledgeable keynote speaker, who customizes his presentations with necessary research for every audience.