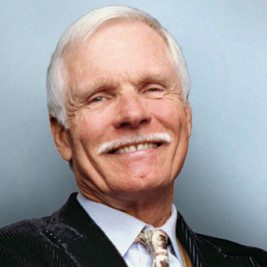 Businesses, Non-profit organizations, event planners and companies across the country have worked closely with our booking agents to hire Ted Turner for a speaking engagements, guest appearances, product endorsements and corporate events. Many of those same clients have continued to turn to our speakers bureau as we can easily align Ted Turner’s availability with their upcoming seminar, gala, annual conference, corporate function, and grand opening. Our close relationship with Ted Turner’s booking agent and management team further enables us to provide inquiring clients with Ted Turner’s speaking fee and appearance cost.

If your goal is to hire Ted Turner to be your next keynote speaker or to be the next brand ambassador our celebrity speakers bureau can assist. If Ted Turner’s booking fee is outside your companies budget or your unable to align with his appearance availability, our booking agents can provide you a list of talent that aligns with your event theme, budget and event date.

Ted Turner is an American media mogul and philanthropist. He is perhaps best known for founding CNN and Turner Classic Movies and his $1 billion pledge to the United Nations.

Turner has made his mark as one of the most influential philanthropists in the US.  He is the originator of the Goodwill Games and the President of the Turner Foundation, the Turner family's private grant-making organization, which focuses on population and the environment. Turner is also chairman of the United Nations Foundation, a charitable organization he founded to support UN causes, and the Nuclear Threat Initiative.

Turner, the recipient of numerous honorary degrees, is an active environmentalist and has received numerous civic and industry awards and honors, including being named Time magazine's 1991 Man of the Year, Broadcasting's Man of the Century in 1999, and an inductee into the Cable TV Hall of Fame in 1999.