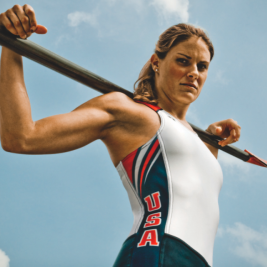 Businesses, Non-profit organizations, event planners and companies across the country have worked closely with our booking agents to hire Susan Francia for a speaking engagements, guest appearances, product endorsements and corporate events. Many of those same clients have continued to turn to our speakers bureau as we can easily align Susan Francia’s availability with their upcoming seminar, gala, annual conference, corporate function, and grand opening. Our close relationship with Susan Francia’s booking agent and management team further enables us to provide inquiring clients with Susan Francia’s speaking fee and appearance cost.

If your goal is to hire Susan Francia to be your next keynote speaker or to be the next brand ambassador our celebrity speakers bureau can assist. If Susan Francia’s booking fee is outside your companies budget or your unable to align with his appearance availability, our booking agents can provide you a list of talent that aligns with your event theme, budget and event date.

Susan Francia was born November 8, 1982 in Szeged, Hungary and is an American rower. Growing up in Abington, Pennsylvania, she attended Abington Senior High School, followed by the University of Pennsylvania, graduating in 2004 with a degree in Criminology and Sociology. She currently resides in Princeton, New Jersey and is affiliated with the US Rowing Training Center. She is fluent in Hungarian.

Susan has been an integral part of the increasingly fast and competitive US Women's National Teams in the past several years. She has aided the US team to achieve remarkable success with many medals and high ranking finishes at the highest level competitions. In addition to her World Championship and World Cup successes, Susan won the Remenham Cup at the 2006 Henley Royal Regatta and at the FISA World Rowing Championships in 2006, Francia won the gold medal in the women's eight with a new world's best time of 5:55.50.