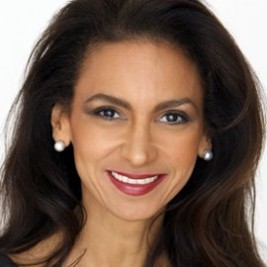 If your goal is to hire Susan Fales-Smith to be your next keynote speaker or to be the next brand ambassador our celebrity speakers bureau can assist. If Susan Fales-Smith’s booking fee is outside your companies budget or your unable to align with his appearance availability, our booking agents can provide you a list of talent that aligns with your event theme, budget and event date.

A self described "crusader for joy and our common humanity," Susan Fales-Hill has dedicated her twenty-seven year writing career to bridging the American racial divide by demolishing stereotypes of women and of people of color. One might say it is the job for which she was born.

Her parents' interracial marriage in 1958 made national headlines—as well as for a truly multicultural upbringing before the term ever became fashionable. Her mother, trailblazing singer/actress/dancer, Josephine Premice performed with the likes of Lena Horne and Alvin Ailey, and her father, Timothy Fales hailed from a white Social Register family. As Susan says of her Fales ancestors, "Those that didn't come on the Mayflower came on the 'second' boat." Susan thought nothing of watching her mother perform in an acclaimed Broadway musical one moment and host one of her celebrated salons, where Maya Angelou and Bobby Short might rub elbows with Richard Burton, the next. In the multilingual Premice/Faleses clan, family dinner conversations were held in French, Italian, Creole and English (with plenty of swearing in each idiom.)

After graduating with honors from Harvard College, Susan began her writing career as an apprentice on the original Cosby Show (starring Bill Cosby & Phylicia Rashad). Simultaneously, she cut her teeth as the show's "warm-up" person, training which (along with the weekly recitation of classic French poems at her alma mater, the Lycee Francais de New York) honed her public speaking skills and banished any fear of facing even the most hostile, rotten fruit- wielding crowd. After two years at Cosby, she worked on the show's successful spin-off, A Different World, where, at the age of twenty-eight she became Co-Executive Producer/Head Writer, one of the youngest in the business.

Under Susan's stewardship, A Different World was nominated for the prestigious Humanitas Award, and her work on an episode about AIDS received national recognition, including from Planned Parenthood and the California Governor's Committee for Employment of Disabled Persons. In a NY Times article re-assessing the series eleven years after it ended, Emily Nussbaum called it "truly groundbreaking television." Susan went on to produce three more Network television series, as well as to co-create "Linc's" (starring Pam Grier) for Showtime. Variety described the series as "nothing less than the most intelligent black centered series in memory-an urban 'Cheers' with considerably more bite." Susan is the recipient of numerous awards, including the Producer's Guild of America Nova Award.

A seminal article she wrote for Vogue about growing up bi-racial led her to pen her memoir about her mother, Always Wear Joy, which won critical acclaim and was a finalist for both the NAACP Image Award, and the Hurston Wright Legacy Award. Her next book, the novel One Flight Up, was praised as "a dazzling narrative of New York's social diorama with wit, irony, and great humor" by André Leon Talley, editor at large, Vogue.

Her latest novel, Imperfect Bliss (2012) updates Austen's "Pride and Prejudice" to tell the story of a respectable middle-class, middle-age, couple, Harold and Forsythia with four eminently marriageable daughters one of whom wins the starring role in a reality series. Praised as a "stylish, sharp edged satire" by Publisher's Weekly, Imperfect Bliss is a wickedly funny take on the ways that courtship and love have changed—even as they've stayed the same.

Known in New York's philanthropic circles for her generous support of education and the arts and her championship of diversity in the rarefied world of ballet (she served for eight years on the board of American Ballet Theater, four as its Vice Chair,) as well as for her unerring sense of style, Susan was named to International Best Dressed List Hall of Fame. She was also the recipient of the 2013 Inspiration Award by the National Eating Disorders Association.

Multifaceted, funny, mesmerizing and entertaining, Susan Fales-Hill shows us that we are more alike than we are different.