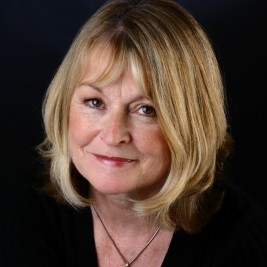 Businesses, Non-profit organizations, event planners and companies across the country have worked closely with our booking agents to hire Sue Cook for a speaking engagements, guest appearances, product endorsements and corporate events. Many of those same clients have continued to turn to our speakers bureau as we can easily align Sue Cook’s availability with their upcoming seminar, gala, annual conference, corporate function, and grand opening. Our close relationship with Sue Cook’s booking agent and management team further enables us to provide inquiring clients with Sue Cook’s speaking fee and appearance cost.

If your goal is to hire Sue Cook to be your next keynote speaker or to be the next brand ambassador our celebrity speakers bureau can assist. If Sue Cook’s booking fee is outside your companies budget or your unable to align with his appearance availability, our booking agents can provide you a list of talent that aligns with your event theme, budget and event date.

Sue Cook is a British presenter and author.

Cook's father, William Thomas, worked for the Commission on Industrial Relations (later ACAS). She has two younger brothers and lived on Burnham Avenue in Ickenham. She attended Glebe Primary School, then passed her eleven plus exam, enabling her to attend the newly opened Vyners Grammar School, also in Ickenham on Warren Road. She gained ten O-levels and three A-levels, and went on to University of Leicester, graduating in 1971 to gain an honours degree in psychology.

Cook's broadcasting career began as a producer, presenter, and DJ for London's Capital Radio before moving to the BBC where, over the next twenty years, she presented programmes for both radio and television—notably, You and Yours, Making History, Nationwide, Breakfast Time, We're Going Places, Children in Need, Out of Court and Crimewatch. Other BBC TV presenting credits include Pebble Mill At One, Daytime Live, Omnibus at the Proms, Having a Baby, Out of This World and the Children's Royal Variety Performance. She was a regular guest on Call My Bluff, and a member of Holiday's team of reporters. For Channel 4 she hosted the popular afternoon show Collector's Lot. She also appeared briefly as herself in the BBC television drama serial Edge of Darkness (1985) and in The Life and Loves of a She-Devil (1986).

The University of Leicester, the university conferred an honorary D.Litt degree on Cook in 1997 in recognition of her contribution to British broadcasting.

Cook's first two novels, On Dangerous Ground (2006) and Force of Nature (2009), were first published by Hodder Headline. Both novels are now available on Amazon as eBooks. She devised and presents a supportive series for writers, The Write Lines, for BBC Oxford and is a patron of the annual Chipping Norton Literary Festival. She is currently writing her third novel.