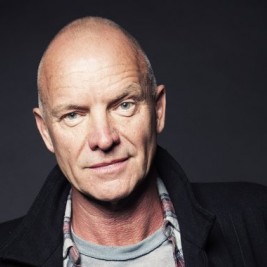 Book Sting for a Speaking Engagement

Businesses, Non-profit organizations, event planners and companies across the country have worked closely with our booking agents to hire Sting for a speaking engagements, guest appearances, product endorsements and corporate events. Many of those same clients have continued to turn to our speakers bureau as we can easily align Sting’s availability with their upcoming seminar, gala, annual conference, corporate function, and grand opening. Our close relationship with Sting’s booking agent and management team further enables us to provide inquiring clients with Sting’s speaking fee and appearance cost.

If your goal is to hire Sting to be your next keynote speaker or to be the next brand ambassador our celebrity speakers bureau can assist. If Sting’s booking fee is outside your companies budget or your unable to align with his appearance availability, our booking agents can provide you a list of talent that aligns with your event theme, budget and event date.

Sting is an English musician, singer-songwriter, multi-instrumentalist, activist, actor, and philanthropist. He was the principal songwriter, lead singer, and bassist for the new wave rock band the Police from 1977 to 1983, before launching a solo career.

He has included elements of rock, jazz, reggae, classical, new-age and worldbeat in his music. As a solo musician and a member of the Police, he has received 16 Grammy Awards (his first in the category of best rock instrumental in 1980, for "Regatta de Blanc"), three Brit Awards, including Best British Male in 1994 and Outstanding Contribution in 2002, a Golden Globe, an Emmy, and three Academy Award nominations for Best Original Song. He was inducted into the Songwriters Hall of Fame in 2002 and the Rock and Roll Hall of Fame as a member of the Police in 2003. In 2000, he received a star on the Hollywood Walk of Fame for recording. In 2003, Sting received a CBE from Elizabeth II at Buckingham Palace for services to music, and was made a Kennedy Center Honoree at the White House in 2014.

With the Police, Sting became one of the world's best-selling music artists. Solo and with the Police combined, he has sold over 100 million records. In 2006, Paste ranked him 62nd of the 100 best living songwriters. He was 63rd of VH1's 100 greatest artists of rock, and 80th of Q magazine's 100 greatest musical stars of 20th century. He has collaborated with other musicians, including "Rise & Fall" with Craig David, "All for Love", with Bryan Adams and Rod Stewart, and introduced the North African music genre raï to Western audiences by his international hit "Desert Rose" with Cheb Mami.