Search Steven Yeun
Actor and Star of The Walking Dead 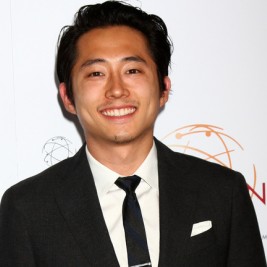 Businesses, Non-profit organizations, event planners and companies across the country have worked closely with our booking agents to hire Steven Yeun for a speaking engagements, guest appearances, product endorsements and corporate events. Many of those same clients have continued to turn to our speakers bureau as we can easily align Steven Yeun’s availability with their upcoming seminar, gala, annual conference, corporate function, and grand opening. Our close relationship with Steven Yeun’s booking agent and management team further enables us to provide inquiring clients with Steven Yeun’s speaking fee and appearance cost.

If your goal is to hire Steven Yeun to be your next keynote speaker or to be the next brand ambassador our celebrity speakers bureau can assist. If Steven Yeun’s booking fee is outside your companies budget or your unable to align with his appearance availability, our booking agents can provide you a list of talent that aligns with your event theme, budget and event date.

Steven Yeun was born December 21, 1983 and is a Korean-born American actor. Yeun has been starring in the role of Glenn in the AMC television series The Walking Dead since 2010. Prior to his success in The Walking Dead, Yeun had a small part in the American sit-com The Big Bang Theory as Sheldon's former room mate Sebastian in 2010, an independent film, and a couple of shorts. He has also completed voice work for the Crysis video game series.

The son of Je and June Yeun, Yeun was born in South Korea and raised in Troy, Michigan. His parents owned two beauty supply stores in Detroit.

Yeun received a bachelor's degree in psychology from Kalamazoo College in 2005. His interest in acting and improv came during his freshman year at Kalamazoo, when he watched the college's improv group, Monkapult. He auditioned for Monkapult, but was initially rejected before successfully joining the group during his sophomore year.

Yeun revealed to his parents that he planned to pursue and improve his career in Chicago, instead of enrolling in law school or medical school. His parents, while unhappy with the decision, were supportive, according to Yeun, and gave him two years to pursue acting. He moved to Chicago in 2005, living in the city's Lincoln Square with his brother. Shortly after graduation, he joined Stir Friday Night, a sketch comedy group composed of Asian-American members.

Yeun joined The Second City in Chicago before moving to Los Angeles in October 2009.